Best Gadget 2018: Phone + Tablet Caw.Car Magnetic Car Mount can handle anything under eleven ounces (almost a pound, folks) and so has received the esteemed Gadizmo award this year for this and a host of other reasons.

Let us celebrate in the brilliance of the year’s technology!

Four score and eleven plus months ago, there were so many promising and/or disastrous pioneering treks into the technology, gadget-ology, robot-ology, and myriad unknown-ology areas to look forward to, to discover, and to painstakingly play with.

The competition has been fierce, from the hipster anointed Beard King to the man’s mans’ Leatherman Wave, and from the Pimple Popping Toy to the Ego Battery Self Propelled Mower. 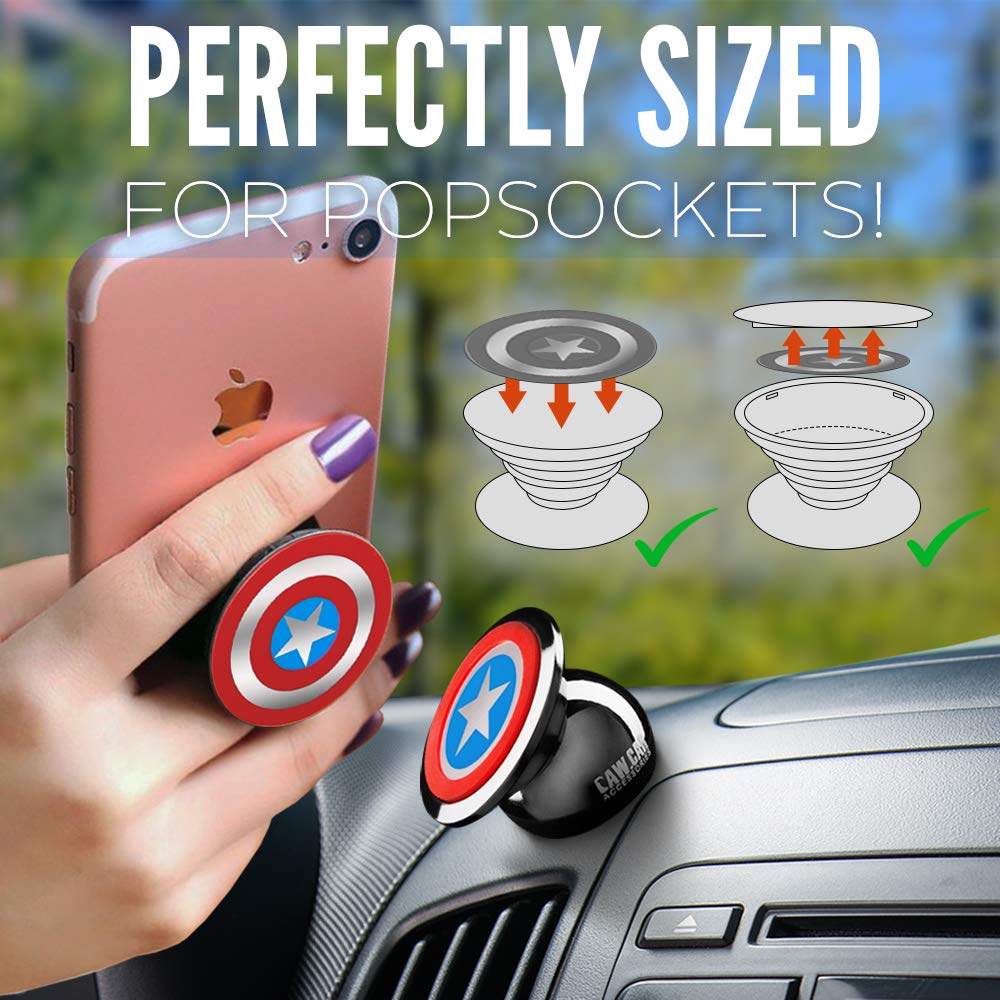 After many ingenious gadgets, hands on reviews, extensive tests and research, and the weighing of the myriad gizmos usefulness (or lack thereof) over the past year, this one stood out.

After a busy year, two vehicles, and two phones, the Caw.Car Magnetic Car Mount has held its own against the most rigorous of trials: my clumsy handling.

There are ups and downs to this magically magnetic car mount, but through heavy usage this smartphone accessory to necessity stands apart.

Simply put, a tiny orb and flat receiver looks good in your car.

And all the Caw.Car needs to magnetically seal is a cool looking disc placed somewhere on the back of your phone.

The magnet will not damage your iPad and it allows for fluid movement to get the angle you or your passenger wants for viewing.

The simplicity, the beauty, mirrors that of an Apple product.

So my hands on review revealed interesting tid-bits worth knowing about the Caw.Car Magnetic Car Mount before buying (and I do recommend it highly if the award did not tip you off). 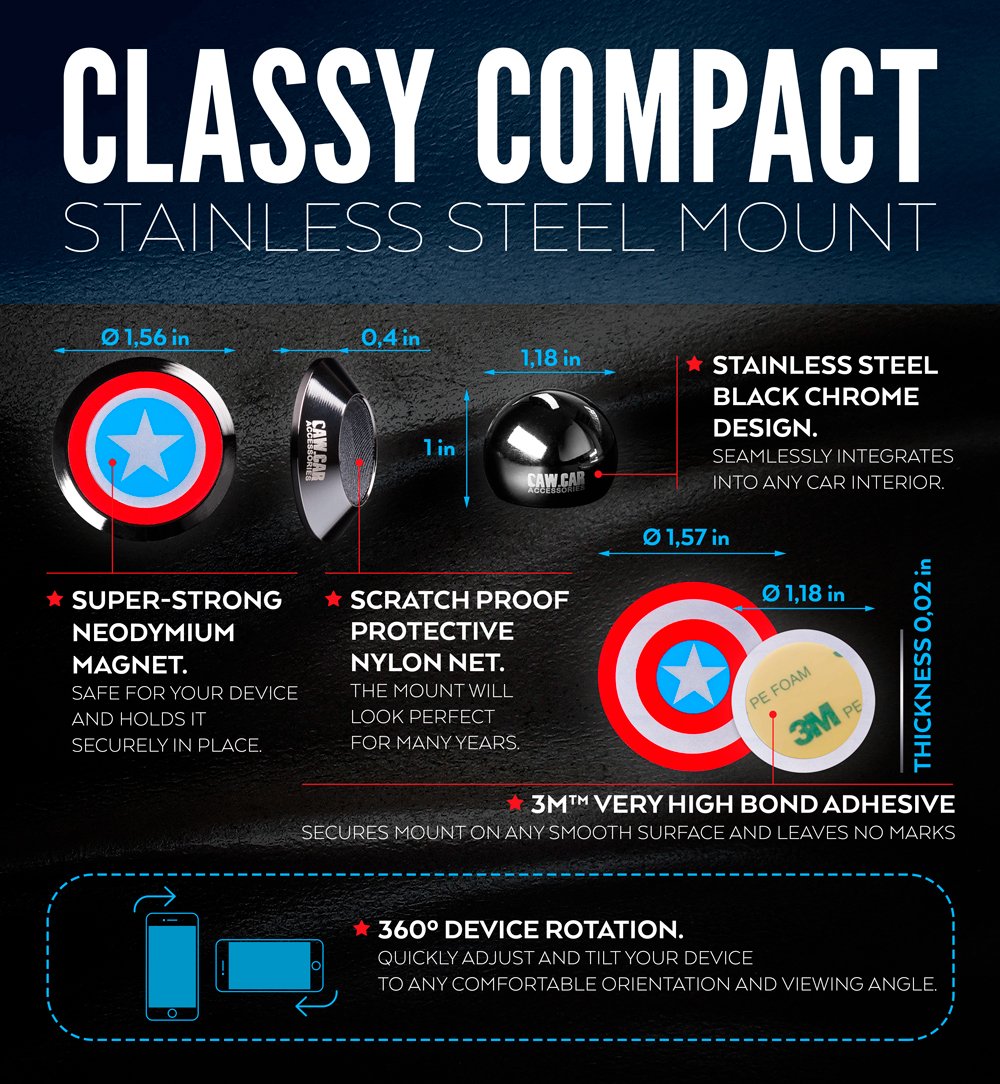 First there was my iPhone 6 Plus (a heavy bugger of a phone) and my first generation Mini Cooper S dashboard to try it out on.

For less than twenty bucks, I went to Amazon Prime and ordered the Caw.Car Magnetic Car Mount and found that the tiny box of Caw.Car goodness that arrived on my doorstep provided me with a bevy of tools.

Inside the foam packaging (it felt like I was opening up one of Tony Stark’s crates, albeit on a micro scale) there is a magnetic metal orb, a metal Captain America shield holder (rubberized on the front to prevent scratching your phone’s back), a big and two small flat metal shields (for phones and a tablet), a sheet of directions, an applicator kit, and a re-applicator kit.

Despite all that, the Caw.Car Magnetic Car Mount is quite sexy in its minimalism and intuitiveness when you break it down.

The orb has a flat spot for the dashboard or any remotely flat surface in your car or motor vehicle.

There is a putty-like glue that is attached to the bottom of the orb, like applying a sticker, and then you press the orb to the dash for a minute, as though it were being crazy-glued. 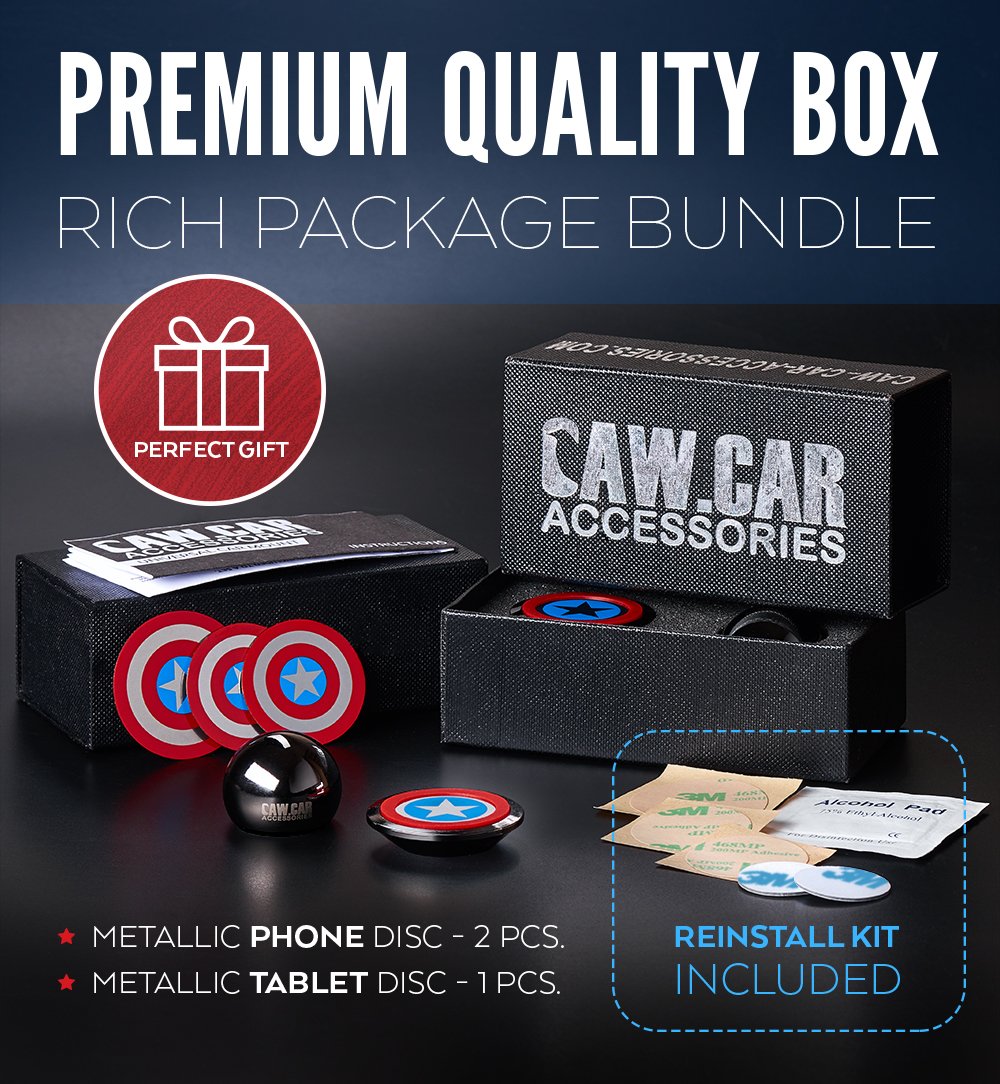 The putty will hold true to a flat surface and will not damage your car as mere rubbing alcohol can remove it.

I put it on there anyway.

The only places I wanted my phone to stand tall would fall off after a (90+ degree) hot day and go back on with firm pressing.

Eventually (it being a scalding summer) I used a little Gorilla Glue gel and wallah! she held to the dash forever more.

Back to installing the Caw.Car.

Let the orb sit for a day on the dash and then it will hold the weight of a massive old iPhone or up to an eleven ounce (or less) tablet and you can easily move it over the orb with near 360 degrees of movement.

Or maybe 180 since you only want it facing forward.

Moving on, the kit comes with thin metal Cap shield discs with their own adhesive on them for the back of your phone or phone case, or even the battery if you can take off your phone’s backing and you do not want to see the cool design the discs have on them.

These too come off with rubbing alcohol and the kit includes a bunch of sticker adhesive for numerous devices with numerous re-applications.

My first phone’s case was textured and I put it on anyway (I never did like directions), and after heavy handling, I needed a little Gorilla Glue to keep that on too.

But my next iPhone’s clear, smooth case holds with the Caw.Car adhesive despite many bashings, droppings, and constant use pushing and pulling onto the magnetic car mount. 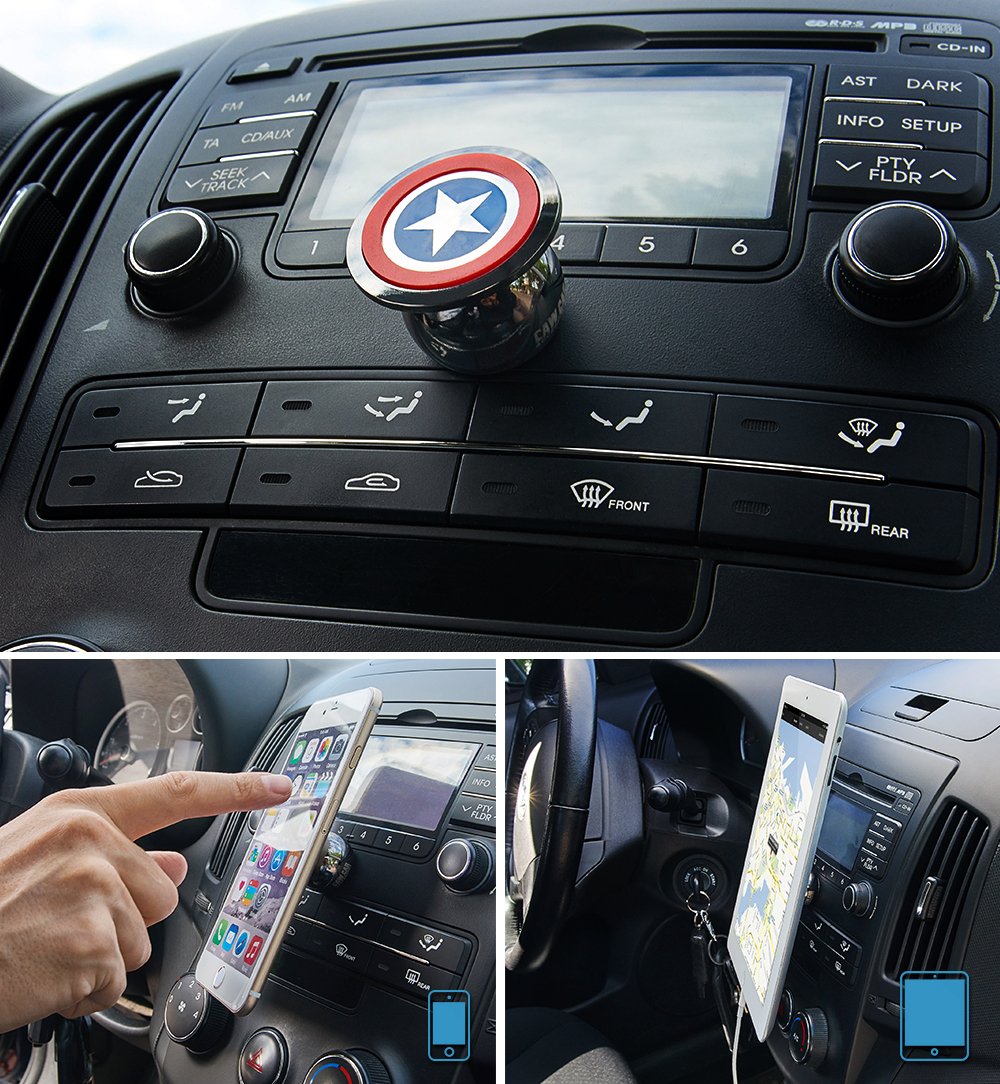 As my poor M was totaled in the most god awful New York traffic imaginable, a second generation Mini Cooper S was acquired and that smooth dash has held the Caw.Car Magnetic Car Mount soundly with the re-applicator putty that came with the kit for nigh on a year.

I cannot begin to tell you how I love having a Captain America shield on the back of my phone’s case and one on the dashboard right in the perfect line of sight for GPS maps.

There is an instant connection that takes place when you simply place the iPhone near the Caw.Car and let go.

Forget ugly cradles, the Caw.Car is made to appear like it was a part of a high-end luxury vehicle package.

And as small as it is, this simple piece of tech is truly great for its aesthetic, ease of use, fairly easy installation (even with quirks of cars and cases), and its durability.

Smash and scratch it as I did the metal disc you see pictured is from a picture just taken and after many months (close to a year in fact) of use.

Even a brand new car with a screen and CarPlay can still benefit from a tiny Caw.Car, since the phone becomes like a remote control when hooked up to the system while using music Apps or having Google Maps on the screen, for instance, puts the annotated directions onto the phone’s screen.