What more can a gentleman of the 21st century need than the Beard King Official Beard Bib hipster wife’s dream?

A happy hipster wife is a happy life after all.

Personally not everything has to be labeled as ‘hipster’.

Just because beards are in now does not mean that they are owned by a social demographic that many refuse to belong to.

I, for instance, have long sported stubble to a short beard and back to stubble since I was able to first grow hair in the middle of my cheek (in my early thirties).

I do not purpose to ever become a member of ZZ Top, nor to pose as one.

All of that said, trimming nose hair, ear hair, sideburns, and, yes, even stubble, has led to many a fight over the state of the bathroom sink. 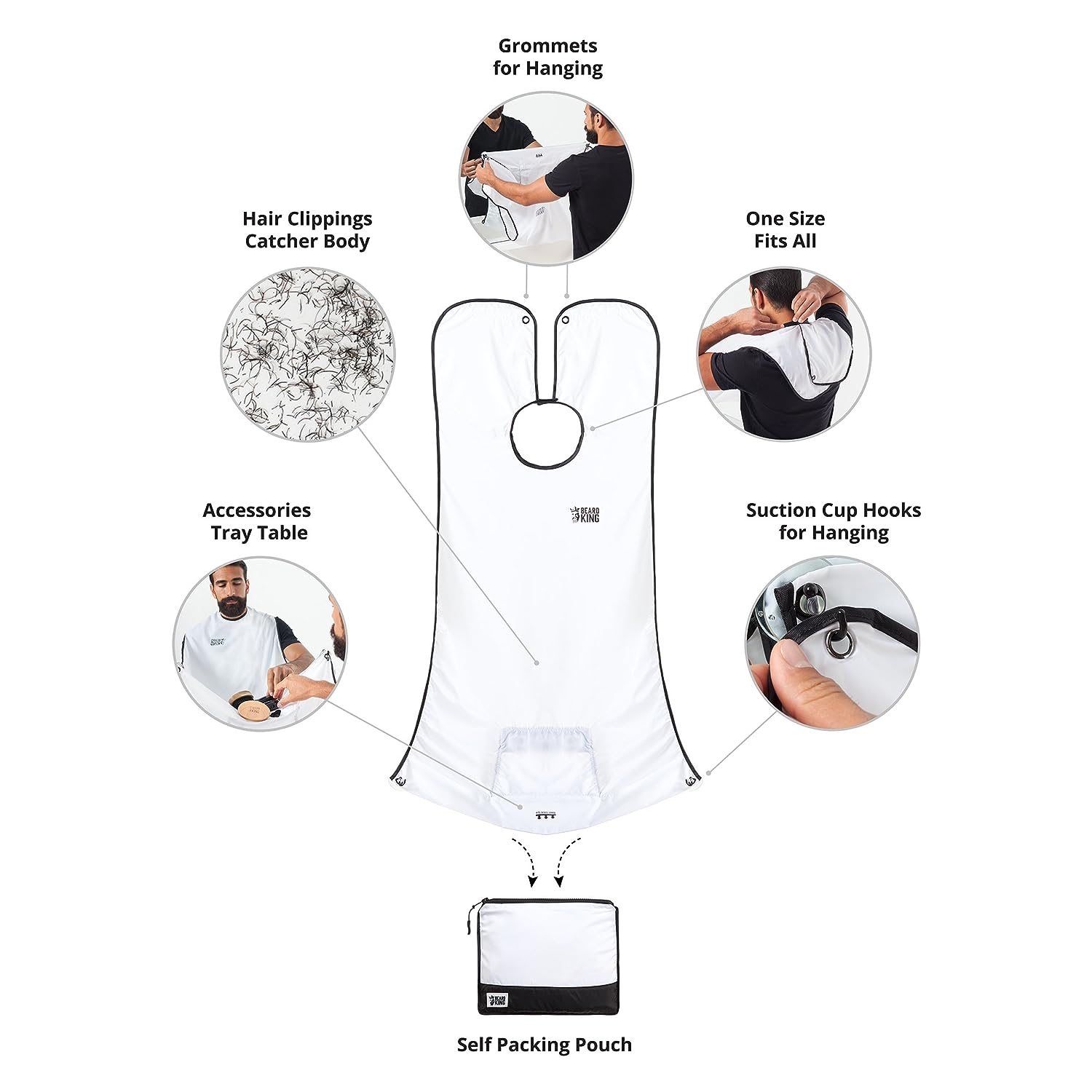 Talk about a simple and intrinsic gadget, folks!

And it comes in black and white colors!

The Beard Bib is part barber tool and part ingenuity in the face of mirrors.

And it could not be easier to trim, cut, and shave one’s face sans the hair in the sink, like the litter of a million dry pine needles after New Year’s. 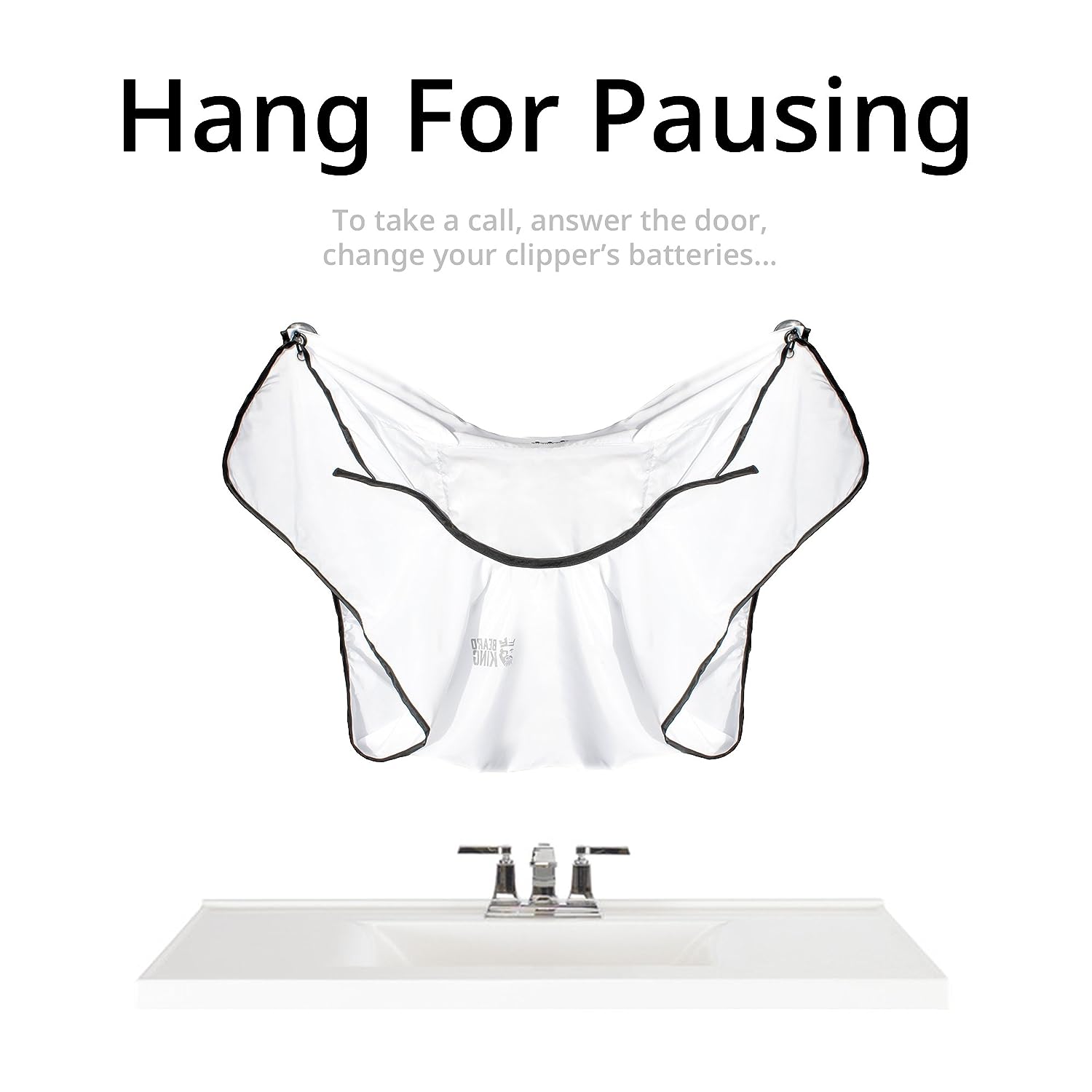 Simply take the Beard King’s bib and wrap it around the neck.

Then press two suction cups on the far end of the extensive Beard Bib to the bathroom mirror, creating a reverse parachute-like device.

The cup of the bib stretches far across the entire sink to catch all the wife-destroying hairs.

To clean, simply unstick your bib, hold up your bib, and shuffle over to the garbage to lower your bib’s catch into its depths.

Much as I hate to admit it, this Shark Tank-featured Beard Bib is the mess free hair clippings catcher our wives have dreamed about.

For $25 you can avoid so much trouble, my bearded friends!