This changes everything: the Star Wars BB-8 USB Car Charger has a moving head!

The cute droid sits in your cockpit as a Resistance co-pilot.

Po is not the only fighter pilot in the fleet that needs support, especially when running multiple lightsabers in a T-70 X-Wing ship.

We are, well for lack of a better term, geeking out over this here at Geek Weekly.

The Star Wars BB-8 Car Charger sits our orbital bot into a cup holder where he taps into the car’s (or Falcon’s) 12-volt lighter power.

From there, two USB ports provide a steady 2.1 amps each, or enough to fuel an iPad and the new Nintendo NX’s secret tablet gaming handheld.

Use the force, use BB-8, and marvel as his head floats around, rotates, and turns, just like he does in Star Wars: The Force Awakens!

The First Order is closing in on the plans to find legendary Jedi knight Luke Skywalker, and the ruthless and powerful new Knight of Ren (or really a Sith lord in training), Han Solo’s own son, Kylo Ren has them right within his grasp on Jakku. 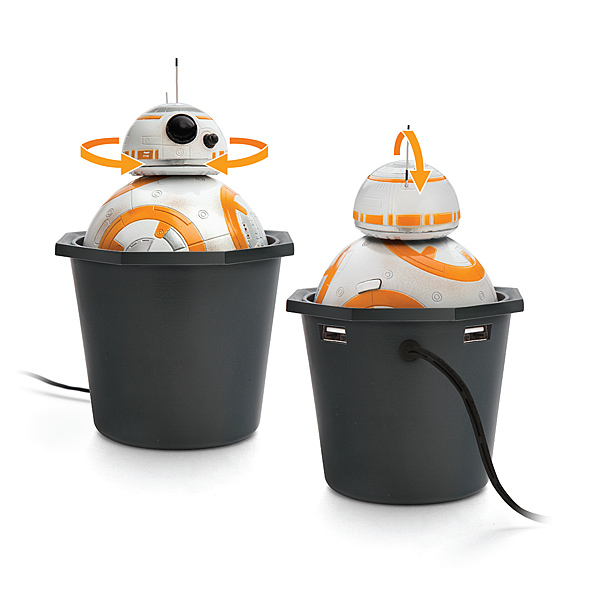 Is it the sand, the daring Resistance ace, or the blistering blaster shot, that Ren holds suspended in mid-air with the Force, that foils him?

Well, they all played a part, but really it is the one of a kind BB-8 droid that has taken upon itself a daring mission to escape with the map.

It is BB-8 that finds Rey, or maybe she finds him when he is stuck in a dune and a scavenger’s net, but make no mistake BB is a traveled veteran and his dune traversing and ship assisting makes him an indispensable asset.

Break out the iPhones, the smartphones of Samsung and the like – we are talking about a Droid charger here after all, folks, and even tablets and just throw your forty dollars at this BB-8 Car Charger to take it home and let it chirp away in your own ship, I mean, car. 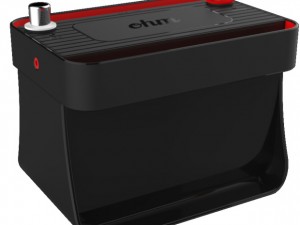