It is worth saying again: Wow! HUDWAY Glass beams your smartphone’s directions and maps up to the windshield so that drivers can safely keep their eyes on the road and visualize the next sharp turn through a transparent apparatus. 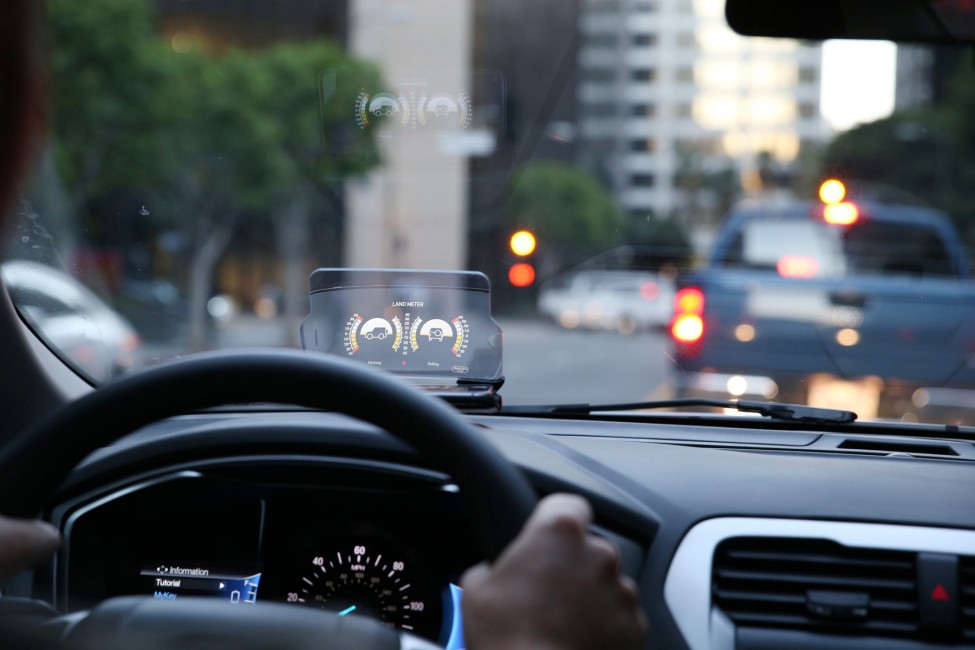 Forget spending hundreds or thousands of samolians on expensive GPS dashboard screens in the car.

You still need to lower your eyes from the windshield and the road to see the navigation with those anyway.

As of March 2016, the Kickstarter-funded HUDWAY Glass will give you the power of the future for a mere $49 backing.

This work of utter genius involves a pivoting stand that fixes to the top of your dashboard.

HUDWAY Glass holds your Apple or Android phone securely in place, while beaming the Google Maps up to a transparent screen that stands directly in the driver’s line of sight with the windshield.

Too often the broken down 1996 Camaros of the world race forward and take that city turn just as a break in a traffic lane opens up, and too often the live demolition derby that is Manhattan thrusts an unexpected bus or bicyclist in the way of said lane.

Looking down at the GPS directions from a phone or even looking forward to a GPS screen shifts the eyes off of the road for a dangerous fraction of a second. 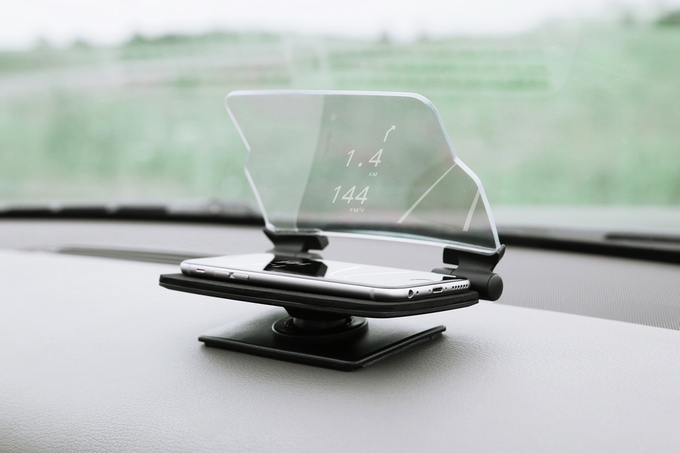 Because that is all the time needed for a bike messenger to dart in front of you as you slam on the gas in last minute turn to avoid the gargantuan crane that has swallowed up half of an entire block, and not seeing the poor fellow in time can result in horrific accidents.

But affordably having a transparent, daytime glare resistant screen up in the line of sight allows for seamless driving without having to look away from near certain disasters that hurl themselves onto city drivers (or any drivers really, folks; have you been on Long Island before?) and attempt to thwart successful traveling. 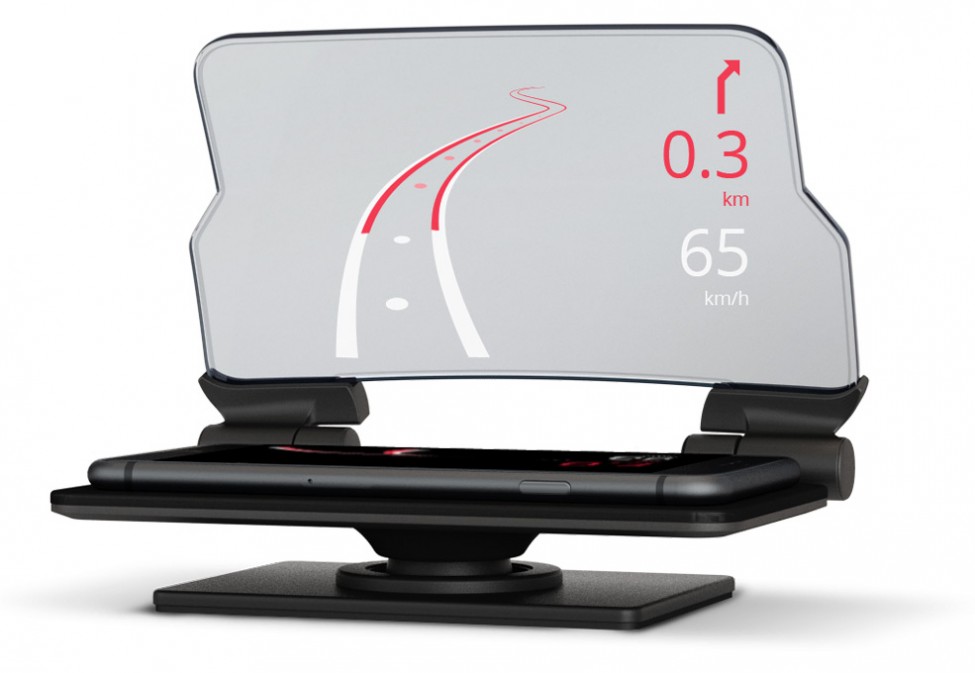 This could not get simpler: put the iPhone in the cradle and open any HUD enabled app, Apple Maps and Google Maps work, as does the HUDWAY — GPS App that comes with the device, and then let the images grace the glass for a head-up display in your windshield.

There is even a Speedometer App on the way in November to show you when you have topped the local limit.

Like that would ever happen in my 1996 Camaro speedster!

One Response to “Wow! HUDWAY Glass Beams Directions & Maps To the Windshield”