If you have a smartphone and you have a piece of paper then you can have your own Bluetooth enabled PowerUp 3.0 Smartphone Controlled Paper Airplane. 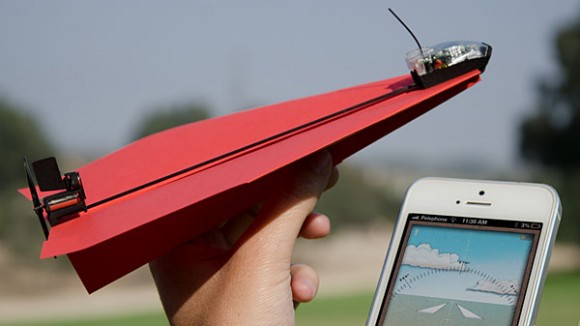 Steer your own paper airplane drone to empower the Neighborhood Watch.

This is an all new eye in the sky!

Paper airplanes are awesome for relieving office boredom, attacking a coworker or sibling, or sending messages around the Ministry of Magic.

Heck, we have all wanted to dangle a flying object in front of our co-worker’s eyes only to steer it away from them as they are about to snatch it a few feet from their head! 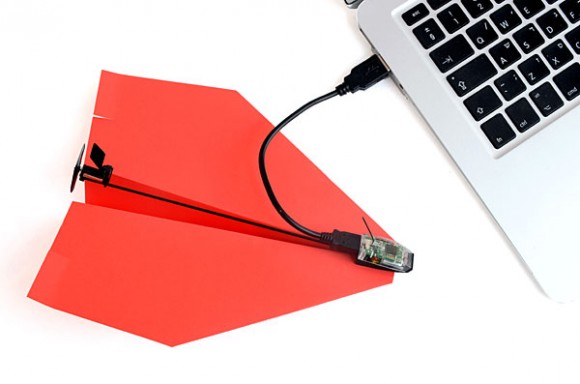 A regular paper airplane will not do it.

But PowerUp 3.0 app makes the airplanes a powered drone with adept flying capabilities, including a Magnetic compass, a thrust level indicator, an Ascend/Descend lever, a vivid artificial horizon view, and a range indicator.

So let Reginald dance about his cubicle in distress while he cannot capture your little drone.

The PowerUp 3.0 plane has a range of 180 feet to grace skies outside the office windows too. 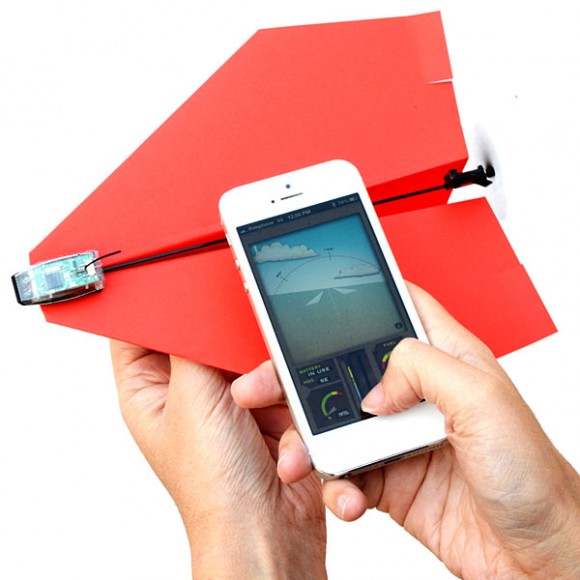 There is even a waterproof paper template included, and though the batteries are not included a USB charging system is (twenty minutes is all it takes to fill her up, folks).

The genius of the PowerUp 3.0 is that by using the included motor and prop, your customized paper airplane has ten minutes of flight time with which to harass, I mean guard, the neighbors.

For a small $50, the kit includes everything from the “crash-proof” carbon fiber frame to a spare prop and rudder.

The thrust is engineered to aid in making turns and the App easily turns iPhone’s and Android’s into adept flying controls for use with speed and direction.