Spacesuits are some of the most fragile artifacts held by the Smithsonian, and so they have reached out to the space explorer enthusiasts of the world on Kickstarter to fund the “Reboot the Suit: Neil Armstrong Spacesuit” campaign to overhaul it for display, conservation, and scanning for a complete 3D digitization. 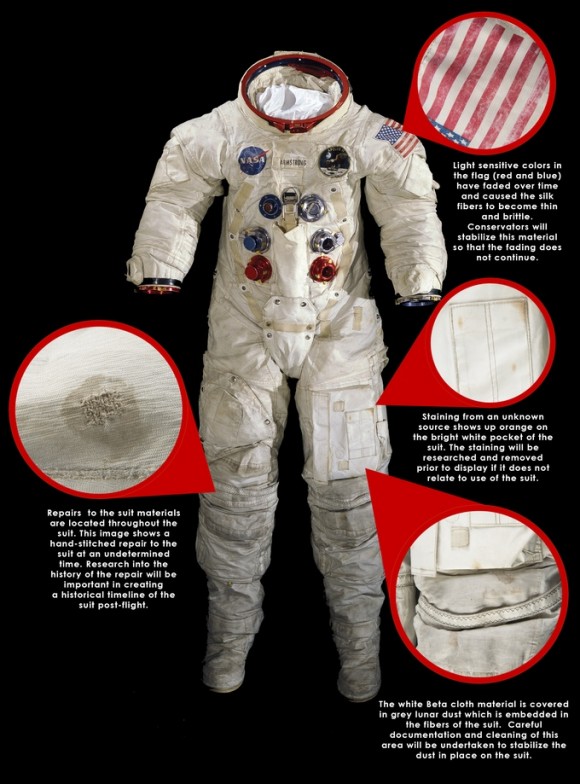 The historic spacesuits have been wearing away, but no more!

With current funding, the Smithsonian’s Kickstarter campaign will successfully be able to work on Neil’s legendary suit from the Apollo 11 mission and display it in time for the 50th anniversary of the moon landing in 2019, and then make it a centerpiece of a brand new exhibition, Destination Moon, at the Museum in Washington, DC planned to open in 2020.

Why would one of the world’s leading museums go the crowdfunding route? 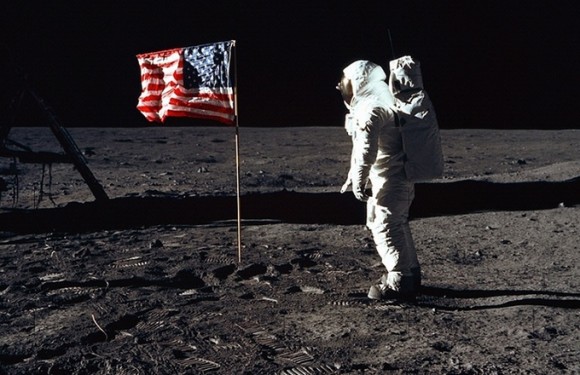 The federal government has not approved funding for these space artifacts yet, and research has made a recent discovery:   common archival techniques do not suffice when attempting to conserve the decades-old sophisticated space equipment; the gear was meant to withstand the vacuum of space but not the cruelly eroding effects of earth’s atmosphere.

It has taken cutting edge research and technology to bring together the means to give a complete condition assessment of the suit to make sure there is no further degradation. The team at the Smithsonian National Air & Space Museum Digitization department is utilizing 3D scanning, photogrammetry, chemical analysis, CT scanning, and every means possible to create a detailed map of the suit and its composition and conditions, so that they can then create an optimal environment for public display that will perfectly preserve the suit.

Should anything ever happen, the full mapping and 3D scan will serve as a digital copy of Neil’s famous suit. 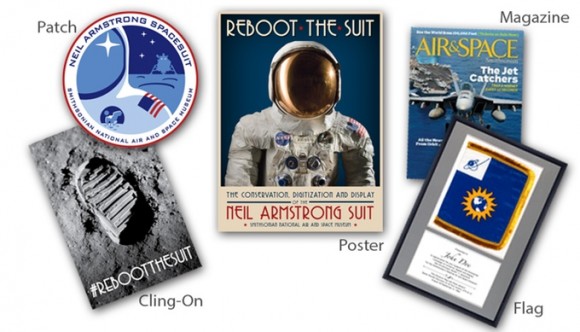 “That’s one small step for man, one giant leap for mankind.” [Neil Armstrong upon walking on the moon]

A donation of just $40 will land you (not on the moon; pun intended) a Reboot the Suit 18 x 24 inch quality poster, a digital poster, a thank you email, a tax deduction, and a 3D scan of Neil Armstrong’s spacesuit glove!

Now for the stretch! 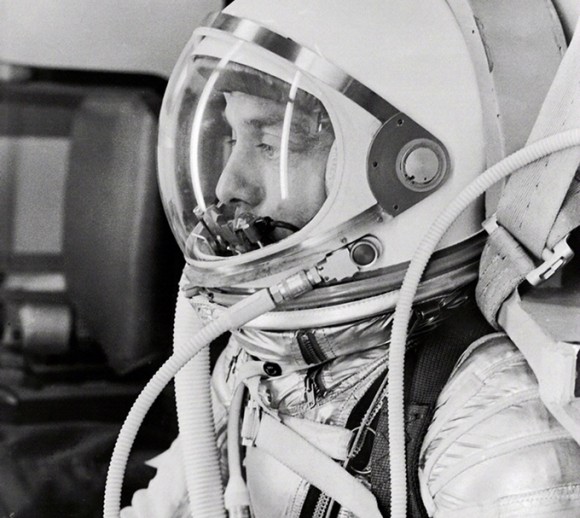 I am not talking about a baseball game, for once, but the stretch goals for this campaign: the Smithsonian is asking for $700,000 to bring in more artifacts integral to the history of space travel in the US, starting with the story of Alan Shepard, the first American in space.

The next phase will conserve, digitize, and display Shepard’s Mercury suit that he wore during the first American-manned space flight in 1961. A bevy of preserved spacesuits will be added to the exhibit for display in the new gallery revealing the progression of spacesuit technology during the infamous Space Race Era.

In the future, with the scans and the rampant use of 3D printers, we might even be able to stroll into the Smithsonian and walk out wearing a perfect clone of Neil Armstrong’s spacesuit.

One Response to “Reboot the Suit: Save Neil Armstrong’s Spacesuit at Smithsonian”