Don’t be fool by its bite-sized frame and cartoon-like paint job, this toy car replica can be as much of a joyride as any Lamborghini or Ferrari, well… sort of. 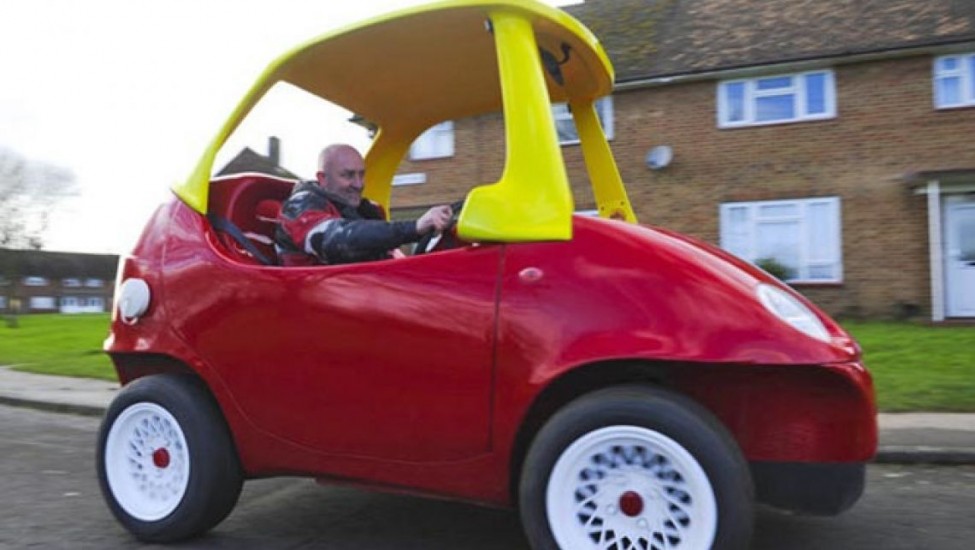 You know those tiny, plastic Little Tikes Crazy Coups that kids enjoy so much? Well, apparently British mechanic John Bitmead has a similar fascination. But instead of peddling his way around the front lawn with his feet, he built his own adult-sized version that can reach speeds of up to 70 mph.

With help from a few of his buddies, they clocked in about 1,000 hours just to make sure every bolt was fastened and every inch of the car was waxed.

After some considerable time in the garage and under the hood, approximately 5 months, he and his team of hobbyist auto-mechanics turned an Daewoo Matiz into a the Cozy Coupe, which now stands as one of the few drivable cars in its motor class. You want one right? Well, if you have the time, energy, and technique, you can customize your own model for about $66,000, because that’s exactly how much Bitmead spent on his fearless speed-racer.

If you were wondering about the specs, Bitmead informed UK’s Daily Mail that he fitted the vehicle with the best of the best (for a toy car that is). This “Big Tikes” is powered by a 40kW 800cc engine, which packs enough juice for it to reach 60 mph in a tidy 17 seconds. With an airbag, working gas tank, headlights, this car can easily drive up and down the streets like the big boys. Two giant cup holders are included in the cabin, a sure-fire feature that will help commercialize this model, I’m sure. 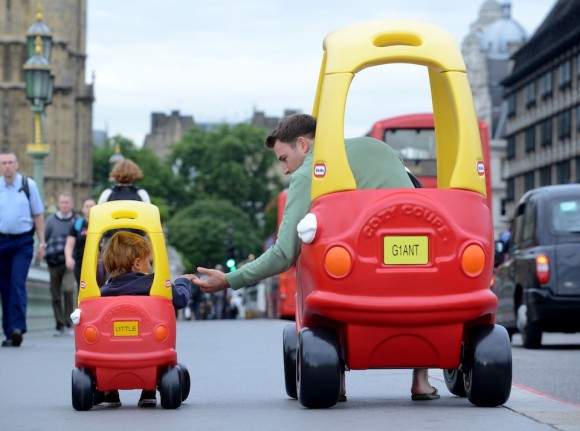 From the looks of it, the Crazy Coupe rides like a dream, and has captivated the attention of all passersby. People took photos and cheered on the little car as it tested the road. But he says he will keep it off the motorway, because he’s afraid of causing an accident – excellent thinking Bitmead!