Finally, an iPhone you can drive around. Recently, at the Shanghai Auto Show in China, Volkswagen introduced their newest model called the iBeetle, which is the first model with a newly developed iPhone docking station and application interface. Essentially, it is the first automobile fully integrated with the smartphone. 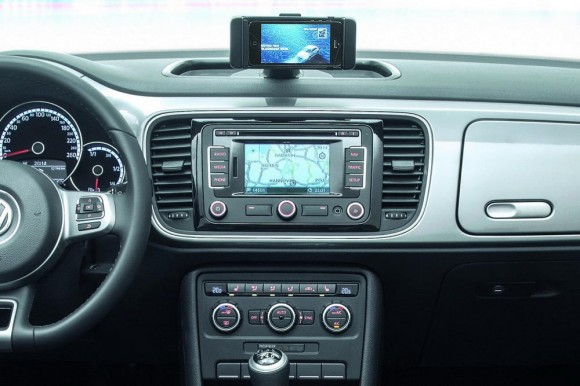 This marriage of Apple and Volkswagen is certainly not new. The Beetle, which was first designed in the early 30s by a famous German führer and then became a symbol of hippies and flower power in the 1970s, made a come back in the early 2000s after a long decline in popularity and immediately a kinship was recognized between the computer corporation that “thought differently” and “the people’s car.” If you think about it, it’s a match made in consumer heaven.

Yet, the new iBeetle is more a shiny gimmick than anything else – more of an attempt of two companies trying to piggy back on each other and make stock holders giddy.

The iPhone equipped Beetle, which they hope to release in 2014, is simply an attempt to scream out to consumers that they can dock their iPhones onto the dashboard. Sure it lets you use all the apps so that you can monitor your driving time, look up directions, play music and literally do everything you could do already provided that you have an iPhone and access to the app store, but why the name? The iBeetle is really just a fresh, new model Beetle with an iPhone dock. You can’t drive the car with your iPhone and you can’t do much else that you’d expect with something called the iBeetle. 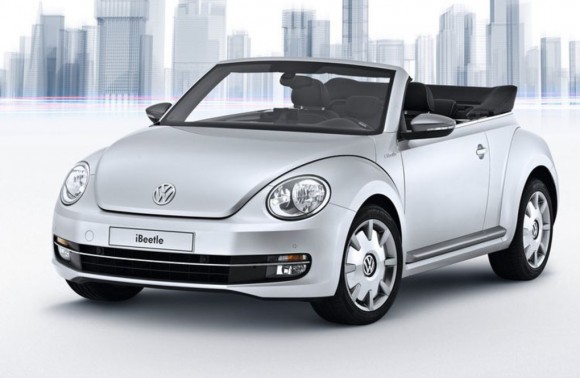 When will the whole idea of the Beetle die and go away forever? Who knows, maybe the iBeetle is their last gasp. In 2002, when the last model of the older generation of Beetles was rolled off the production line Puebla Mexico, 58 years to the day since you could buy a model using coins with swastikas printed on them, a mariachi band played farewell songs – perhaps they should get that band together one more time to a play a parting tune.