With the extreme storms that are becoming more and more prevalent as the globe heats up, or at least seem to come around all too often in the 21st century, an SOS Charger that works off of old fashioned Hand-crank power should be in everyone’s household or backpack. 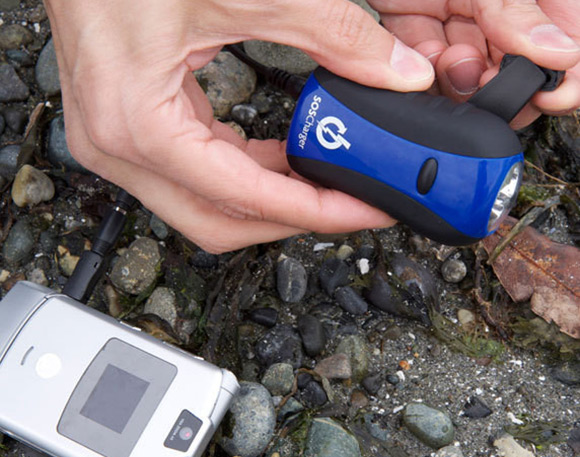 The SOS Charger powers cell phones and an on-board multi-functional LED flashlight by winding a handle.

Anyone that was blanked for electric for a week or two (like I was) following the wake of Super Storm Sandy and had to rush out and drive to the local craft brewery that provided power strips to charge cell phones will appreciate the SOS device. And even more so if you were one of the lucky New Yorkers to feel the gas panic and subsequent shortage and after a while did not have the gas to drive to work, let alone Starbucks, to charge your phone.

Sure drinking growlers of Schooner Pale Ale help pass the charging time with deliciousness thrown in, but wouldn’t it be nice to have the ability to charge your own phone as much as you want? And done by the bright LED light that is included? 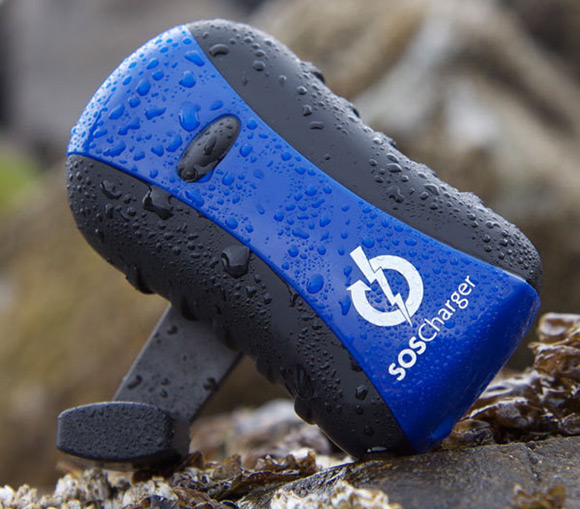 Queue up the SOS Hand-cranking champion of a charger for only twenty-five smackers on Amazon.

SOS Ready boasts of the SOS only needing winding of its handle for sixty seconds to provide up to thirty minutes of continuous light.

And as a flashlight this little guy (it’s blue) features three settings that include full power (3-LED Mode), energy saving (1-LED Mode) that still packs a bright light, but with lower energy consumption, and the infamous “SOS Mode” (Flashing LED Mode) that, well, flashes to get attention in precarious situations. 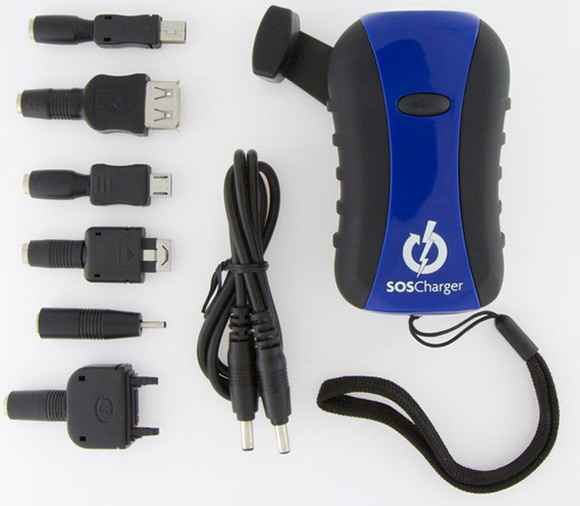 Darkness may fall on the normally power-gridded light matrix that is visible from the astronauts in space, communication via phone companies might falter as electricity is cut off by raging winds and tumbling trees, but an SOS gadget with bright LED flashlights that does not require electrical charging or power cords is then much more invaluable than a string of dim candles, and the fact this baby powers your phones and other USB devices makes it even more of a must-have.

The only possible downside to this is that SOS says it currently supports most phones except iPhones (there goes 25% of the market).