In the future, everything will exist in “the cloud” – wherever that is. But lucky for owners of older car models, automotive electronics maker Delphi introduces a car-to-cloud/cloud-to-car connectivity service to do everything from to unlock the doors, to check on the oil and even record gas mileage for those pesky, cheap bosses. Yes, just like video killed the radio star, smartphones are killing OnStar. 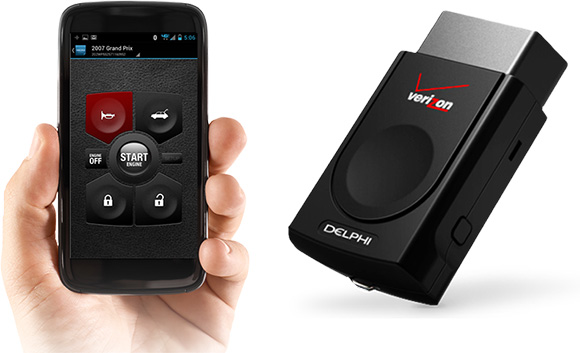 The Vehicle Diagnostics by Delphi plugs right into the OBD-II port, which has been under the dashboards of U.S. vehicles since 1996. The system operates through a downloadable Delphi smartphone app so you can monitor your car from Android based smartphones and iPhones.

You can also check things out on the Delphi “Connected Car” website, which is useful for those especially strict parents, because you can supervise and restrict your children’s driving habits by designating up to six circular “fences” around locations where drivers are permitted to travel and will issue alerts when the vehicle enters or exits a fenced area. 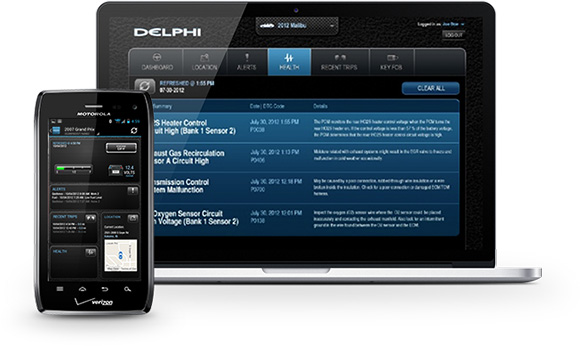 Cloud based services that allow you to connect your car with your smartphone are quickly becoming more common. Smartphones are already serving as remote check engine lights and replacing the archaic notion of a car key in new cars like the Chevy Volt and Nissan Leaf. What makes Delphi’s device so appealing it gives this same technological advancement to cars that are 16 years old and younger.

Delphi’s Vehicles Diagnostics system will be available in Verizon stores in the coming weeks. People with other phone carriers besides Verizon might be out of luck, but you might be able to take advantage of its services using the Bluetooth option – which is only available if you are within a certain range. Important questions like pricing have not yet been determined. In the meantime you can learn more at Connect Car.