Take a semi-autonomous brain, add an action camera, and an underwater capable drone, and you have the sweet and innocent sounding Lily.

For photographers and film directors needing key footage in an action sequence, Lily could be the next big thing.

As the drone race continues to run rampant in the 21st century, so too does the technology, fit into small pilot-less aircraft, increase to do more and more amazing things.

But the numbers do not do justice to the mental and physical abilities of this drone.

Lily can soar at 25 miles per hour 100 feet in the air and can even tread one meter underwater for dazzling diving shots, all while she flies herself.

I will say that again: she flies herself.

Lily also thinks for herself.

Lily comes outfitted with a small wrist attachment GPS, and based on that you can hurl her into the air and she will remain within range, tracking you, with no setup required.

Lily uses her GPS and video as her eyes and ears, and she can be controlled through a live, low-resolution view on a smartphone App for framing shots based on the feed.

The pocket friendly tracking device even has a microphone built in, and all recorded sound is automatically synced with video as Lily records for you.

Lily will be born in February of 2016 and you can pre-order her and her twenty minutes of flight time for half the $999 retail cost at $499 big ones. 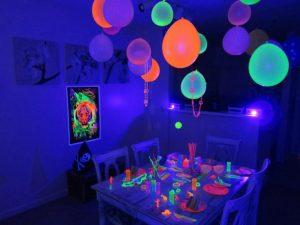 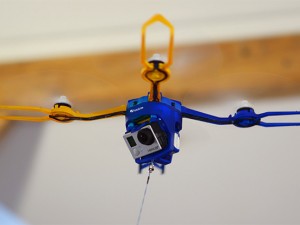 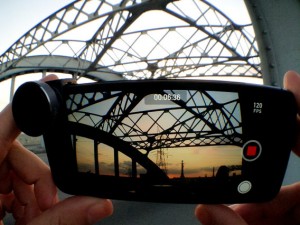 Polaroid’s Secret Weapon: A Photographic Creation No Bigger Than 35mm 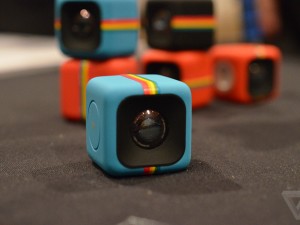