The craftsmen at Ingenious Audio have funded their Kickstarter campaign for JACK, the amazing Wi-Fi device that allows you to connect your guitar to your amp, computer, soundboard, or phone for seamless, wireless, uncompressed audio.

We are not jacking you here, folks (pun intended)!

You can patch into your soundboard or laptop directly by fastening one Jack into the female receptacle on the axe.

The gurus rewrote the archetype for Wi-Fi to open up the compression settings, allowing a single Jack to transfer the Les Paul’s licks right to the MacBook or soundboard. 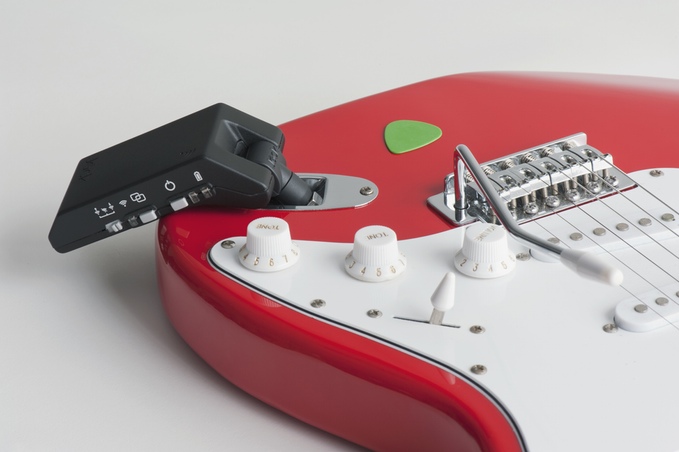 The directions could not be simpler: plug Jack in to any instrument (with a ¼” input), push a button, and play.

As a guitarist, you know that the freedom from the thicket of cables has been around for quite some time, but not like this.

Just to free yourself from the limited cable range of your amp, the Jack can allow the supremely quality music blasting with a wireless guitar.

Remember when Neil Young funded a Pono music player that sports a far superior sound from larger, uncompressed audio files to give our ears the truly beautiful tones?

Well, the key there is that the Pono player makes an iPod sound tinny in comparison, like how free Pandora streaming sounds in comparison to our compact discs or records.

It is harsher on the ear, because the free Pandora strips the sound down to a lower quality with compressed audio, just as iTunes does in comparison to CD’s or the even higher Pono recordings.

The Jack opens up its custom Wi-Fi to give a Pono-like uncompressed audio straight to the amp and/or the smartphone recording the jam session in GarageBand.

So if you want to play in sync with your band mates, or jazz ensemble, using a radio-based wireless device can lag your audio behind, but not so with our buddy Jack.

The use of ultra-wide bandwidth almost eliminates the “latency” while keeping high fidelity, the freedom to dance around in a circle with the Strat on your back (like Stevie Ray), and natural tones through 24 bit resolution. 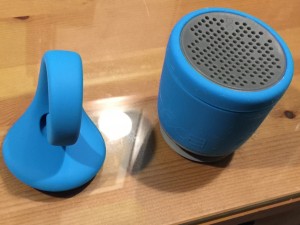