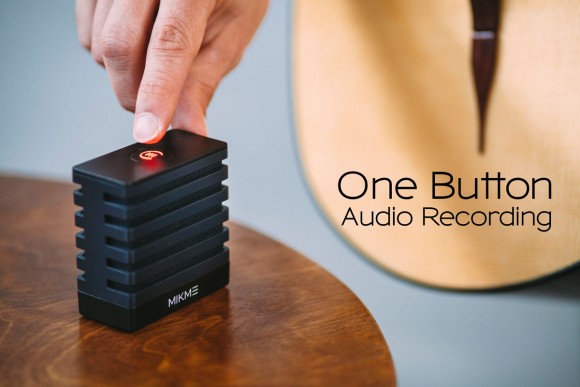 Whether you are a musician, a music or film producer, or just a podcast guru skyping away amid the virtual radio waves turned digital, the Mikme can revolutionize the use of microphones as a tool.

And I love to push buttons, especially when life is simplified by the pressing of one. 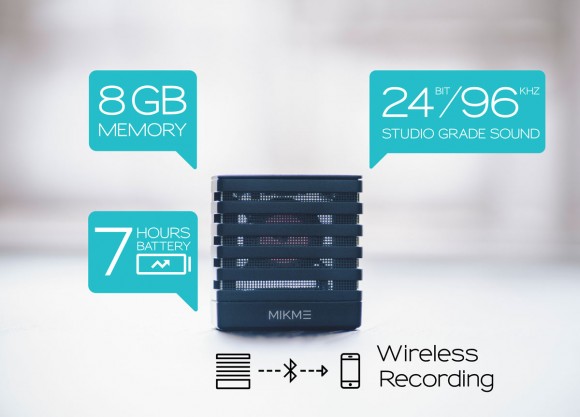 Whatever song you blare out in a nasally Bob Dylan-like tone – sorry that’s just how I do it – the recording is beamed a la Star Trek fashion to the Mikme App that can be brought up by any smartphone or computer with Bluetooth in the vicinity.

This Mikme takes a 24 bit and 96 khz studio grade sound recording microphone and works off of a one inch gold-plated condenser capsule to capture the audio in the best possible fashion.

And it fits in the palm of your hand!

Picture the impromptu sit-in session where you take up the invitation to join Dave Grohl on stage in the backstreet bar that he decided, spur of the moment, to attend, and instead of doing your normal open mic pair of tunes alone you can get the backing of one of the world’s greatest musicians.

Now imagine taking the tiny square stack of Mikme from your guitar case, or, hell, from your coat pocket even, and place it on the amp nearby to record the once in a lifetime Dave Grohl open mic collaboration.

It is true that Dave joining you on the local dive’s dusty floor is unlikely – though the Foo Fighters did play under a false name at a county fair in Los Angeles recently for the heck of it – but having a studio quality mic with seven hours of battery charge and 8 gb of memory is invaluable nonetheless.

This Indiegogo gem is 535% funded, and a few $179 Mikme’s are still available through funding.