Music aficionados take note: a revolution is coming to music listening, and its name is Pono. 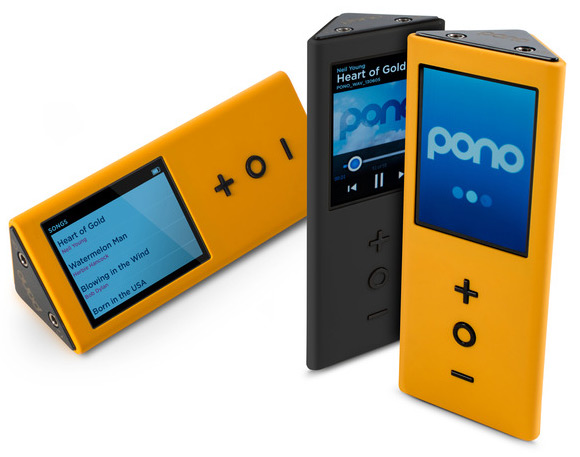 Despite my respect (and as an amateur musician/songwriter that’s seen Mr. Young live) and awe for Neil Young and Crazy Horse, I personally thought a triangular iPod, mp3 music player that was too wide to comfortably fit in your pocket a dumb idea . . . and I was dead wrong.

Pono is currently about to break $5 million on Kickstarter, because their campaign wants to give you the master recordings and superior listening experience for very little money.

Since hard drives and memory have come way down in price, you can store tons of high bit-rate tunes without worry.

The overwhelming ease of iTunes, mp3 players, and iPhones truly made up for the initial lack of clarity and analog warmth and naturalness in the digital recording of music albums that started in the 1980’s. Even cassette tapes sound a hell of a lot better than albums made for the earliest versions of compact discs (remember the awful tinny-sound of the early Metallica CD’s before they were remastered – oh wait I’m still waiting for them to remaster those god-awful digital mixes).

As listeners, if the digital versions came close to the record playing analog brilliance and you could carry your entire collection around with you and place it on your computers, the digital evolution was easily apparent (as it has been for many photographers) as the future.

But now Pono is offering the original sound recordings to us, just as easily as we have our mp3’s, and they have the tech to make it work.

We are pursuing this vision by building a system for the entire music listening experience – from the original master recordings to the PonoMusic.com Store to the portable PonoPlayer. So now you’ll hear the nuances, the soft touches, and the ends on the echo – the texture and the emotion of the music the artist worked so hard to create. 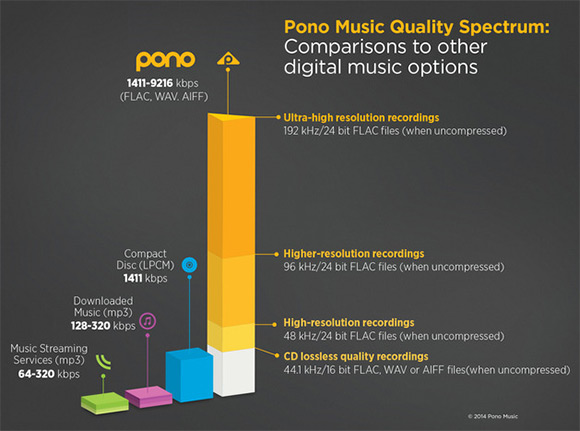 When you break down the sound digitally, it all comes down to how the files are recorded, compressed, and listened to. In other words, the Beatles White Album master tapes feature much more sound and analog information than what typical mp3 downloads will let you buy on iTunes, at a bit rate of 192kbps or 256kbps.

To fit more songs and make for quicker downloading, fully-fledged audio has largely not been offered, though some bands have in recent years (like Phish’s live concert recordings) been offering higher bit-rate and larger FLAC files instead of just mp3 versions.

As Dave Grohl made famous in his documentary Sound City, recording actual analog sound, natural sound waves written onto a tape directly (in the old days the sound was picked up by a cone and written into a spinning clay tablet that the mold, when pressed, made vinyl records with the sound etched into just as it was heard in the natural world), still makes for better sound.

And the sound is what it’s all about, man!

Neil Young has rounded up some of the best musicians in the world to support a new way to listen to music, portably and in your home stereo, as the amazing PonoPlayer gives you that ability. 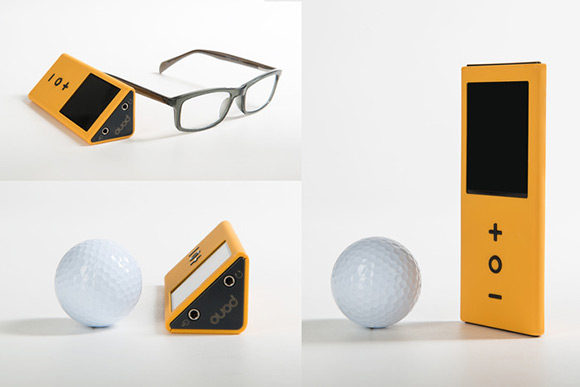 The triangle design I was quick to dismiss, it turns out, was made purposefully to eliminate electrical interference on the premium audio components held within.

The PonoPlayer is a professional music player with professional sound and gadgetry that allows you to hear the master recordings out loud on the home stereo or through headphones, and you can download these recordings through their store on the player or online.

To do this: The PonoPlayer has two output jacks. The first is a normal mini-stereo output specially designed for headphones and is meant for personal listening. The second is a stereo mini-plug analog output specifically designed for listening on your home audio system, in your car – so you can share the PonoMusic experience with your friends and family.

Artists are reaching out to the consumer with Pono, and their work is a beautiful step for audiophiles, like myself.

I say: fuck, Bono! The new name in music is Pono!