Hundreds of years have gone by, and there has not been a key ring technology upgrade until now with the KeySmart! 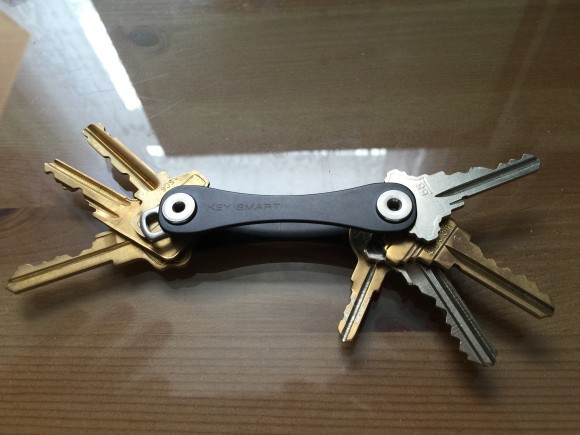 For those patrons who have a jailor’s set of dozens of keys on a gargantuan iron band, the world’s first smart key ring can assemble a bunch of those skeleton keys under one Swiss Army Knife-like enclosure that instantaneously limits the poking of those sharp ends in your pocket.

We received a KeySmart 2.0 Extended and for the hands on review, we thoroughly inspected this $20.98 element.

My own pockets are frequently pierced by the loose ten pounds of keys that always jab and bruise my thigh while walking . . . or sitting and that smarts. 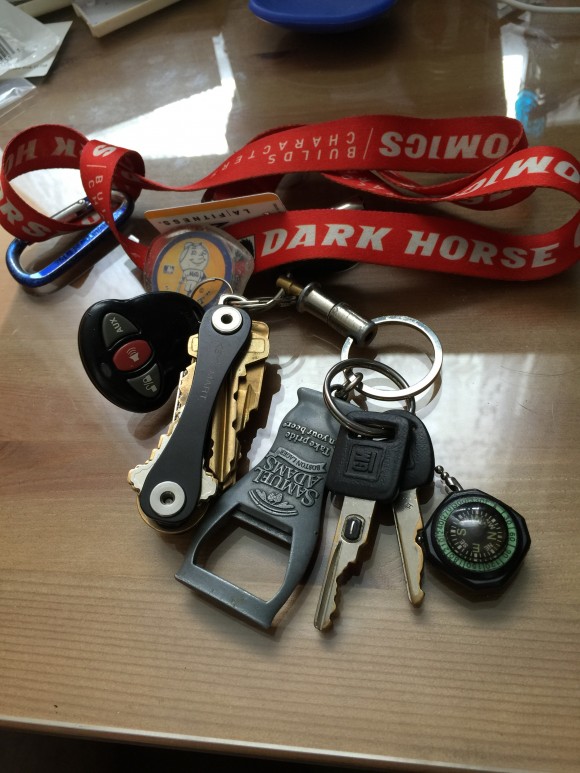 The KeySmart’s smooth aircraft aluminum casing comes with stainless steel hardware consisting of one heavy-duty loop piece (made especially for car keys so as to not crush the plastic body), two posts and two screws with rubber bushings, as well as rubber spacers to tighten up the keys from swinging out on their own.

The base model is made to hold 2-5+ keys, using at least two on each side, and is longer to hold lengthy keys like my Opa’s (see the pictures), but you can fit as many keys as will sit stacked flush on the posts.

The screws come out easily with a sturdy fingernail or a coin or flathead screwdriver (if you keep that kind of thing around in a desk drawer, folks). 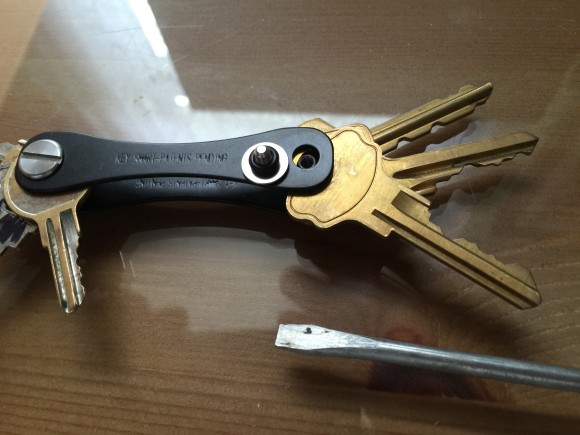 But if you want the keys to feel spaced and to fit tightly, and also come out upon command, using the spacers is essential; it should be noted that this reduces the room for keys, but only slightly.

Because of the rubber bushings in the screws, you can adjust the tightness of the screws to give you an easier or tighter time of whipping out the keys to fit to the lock.

For a few bucks more you can get upgraded to fit more keys (up to 100) or custom products, like bottle openers, or even a custom USB drive made to give you ultra compact and neatly organized information portability KeySmart style.

Holy keys and data drive in one discrete case, Batman!

We were fortunate to receive the two dollar expander, which gives you a bevy of spacers and two post extenders to double the 4mm width and the amount of key cradling space; I maxed my KeySmart out with three massive house keys and the loop on one side and four normal sized house keys on the other side for a grand total of seven keys that snugly slide in and out when unlocking things. 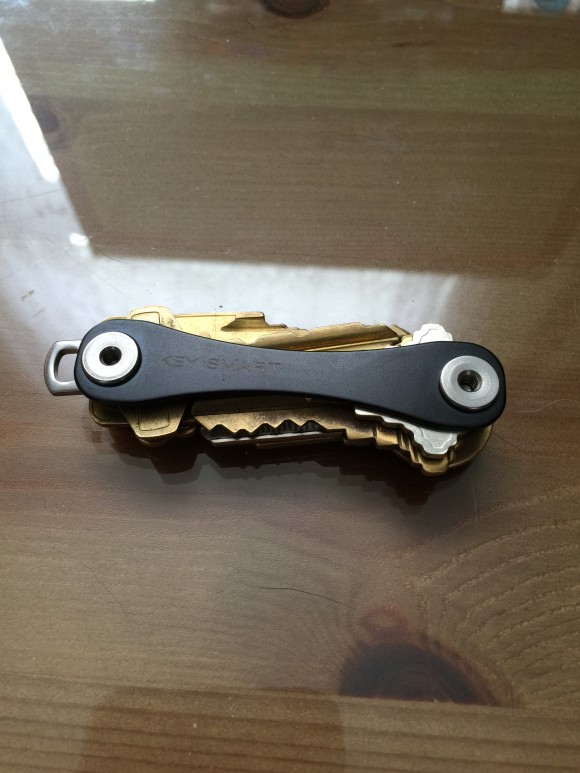 This KeySmart setup has forever trimmed my keys, where they had often daunted and deterred me from even putting them in my pocket (what with the Jack the Ripper frequency stabbings and all), so that I can now keep them on me (and not lose them everywhere that is not on my person), and all of this genius would only cost a consumer twenty-three big ones!