Hola 2017 Geek Weekly is back with a Gadizmo thrilling must-buy gadget: the Star Wars Rogue One Death Star Popcorn Maker!

You cannot help but make this a gift-list topper, folks.

Sure you can use a microwave or a frying pan to unhealthy zap your kernels, but why would you when a Death Star is available for a pittance of what the Galactic Empire financed (they are still paying off the first one that blew up, so the second ‘more powerful’ Death Star, was doomed from the start due to construction corner cutting).

This beautiful orb is no moon, it’s a hot air popcorn maker!

Yes, fifty bucks is a little steep for an ordinary popcorn maker, but this baby is sure to be a highly sought collectible, looks damn good on a shelf of Sith busts, and is multi-purposed with its top half that when removed becomes a perfect bowl.

Do not try to fire upon this Death Star because the movie sparks will instead be littered with butter, hot corn chunks and dangerous plastic.

No one could think of hurting this Death Star, even a rebel, because the Star Wars Rogue One Death Star Popcorn Maker is too damn nerdilicious.

I mean on the box the user is instructed to “open the blast doors.” 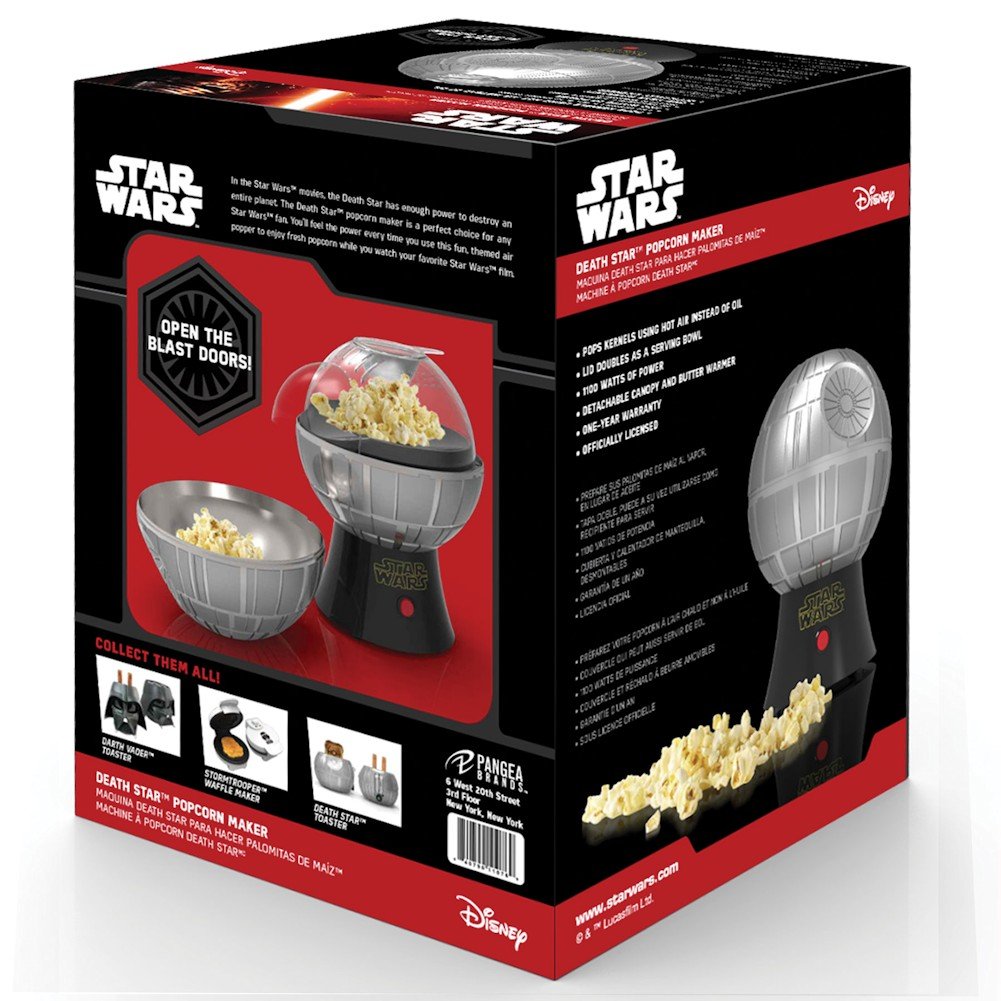 This officially licensed Star Wars foodie dreamboat even comes with a detachable canopy and butter warmer.

And for fifty smackeroos it really should have all the bells and whistles!

So from a Geek Weekly perspective this is shelf worthy.

I do not care if it is a kitchen, a living room, a man-cave, a woman-cave, or a dining room shelf.

Just display it for all to see.

Now if we can only teach the semi-autonomous Sphero BB-8 to push the startup button and bring us healthily brewed popcorn with drizzled butter soaking the inside of the bowl, oops, I mean Death Star shell . . .