In an unprecedented display of power and triumph over other bookshelves, the Game of Thrones Bookend resembles the Iron Throne atop a stage with all fourteen house crests, and with its gargantuan polystone make it is the one sure way to have your library reign as king or queen over all. 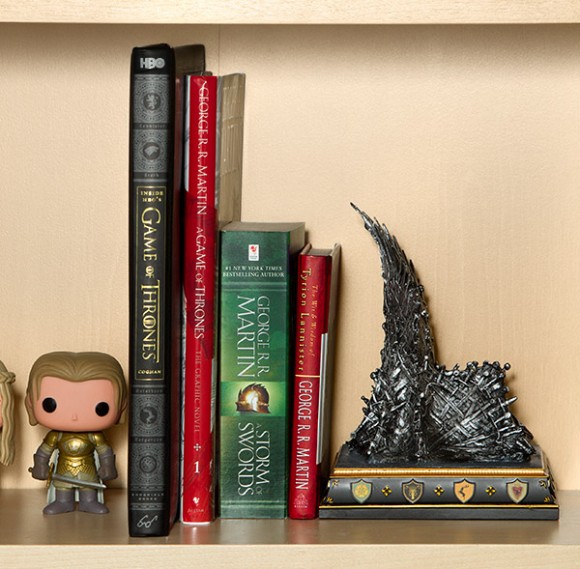 Because there can only be one Iron Throne in George R.R. Martin’s Song of Ice and Fire fantasy book series (now turned HBO series Game of Thrones phenom), this bookend does not come in a pair. You get one nearly four pound incredibly detailed throne to let your books sit on, or up against at least, as they reign supreme in Westeros.

This handpainted 7.5 inch tall Game of Thrones Bookend is damn near an exact replica of the Iron Throne that King Tommen of the House Baratheon, first of his name is currently sitting on as the Game of Thrones season finale draws near (who knows how long he will actually stay on the throne, folks). 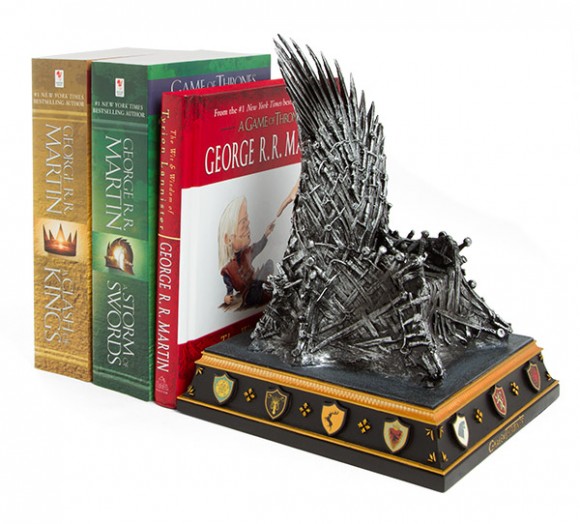 For everyone with copies of the 4000 plus page tomes of Martin’s books, you need a sturdy and heavy bookend and this officially licensed beauty is ready to take on the challenge even as Khaleesi prepares her eventual return to Westeros with Drogon and her dragon children in tow.

Each shield with each house sigil in the Martin universe is intricately painted into the base of the throne that so many have strived for, for oh so long.

At fifty-five bucks this is not cheap, but then again attaining a mystical throne of geekdom rarely comes cheap.