Cars can run on a plethora of alternative fuels – corn, electricity, grease, garbage, and that stuff we breath called, air – its just that the petrol mafia and car companies have taken over forcing us to deplete the earth and conquer nations just for that black gold. As history has proven, we aren’t the most alternative species – we like war and we like money, a lot. But now that the ocean and our very own sky is trying to kill us after a good century of pumping emissions and waste into it, people are slowly starting to demand something new. 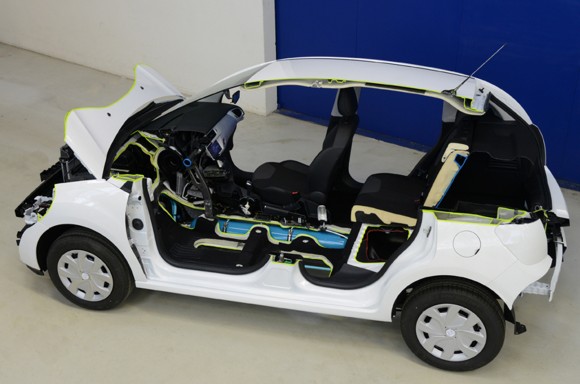 Introducing “Hybrid Air” by PSA Peugeot Citroën, a new technology they hope to implement in their vehicles by 2016, that combines the gasoline internal combustion engine with compressed air storage technology. Basically, you’ve got yourself a two engine setup, one regular engine that takes good old fashion gasoline and a hydraulic motor that’s powered by compressed air.

Fed by a compressed air tank underneath the car, a motor and pump sit in the engine bay and using regenerative breaking, can refill the tank with air. Alternatively, there is also and option to fill the storage tank with a regular old air compressor.

The car will have three options: to run on just gasoline, a combination of gasoline and air, or no emissions at all. 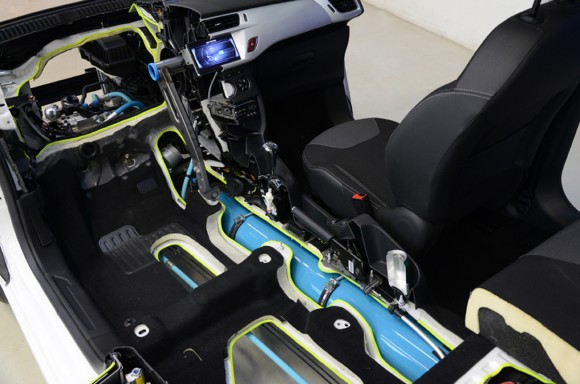 The benefits of replacing batteries with compressed air to power cars are many. Batteries are obviously expensive but, more importantly, they pollute the earth too. Their disposal is complicated and many times the places we mine for their materials are environmentally delicate.

PSA Peugeot Citroën also promises the technology could offer a 45% improvement in fuel consumption over conventionally powered vehicles with an equivalent power output, and a 90% increase in range.

The company plans to have vehicles with this technology ready in 2016, with wider release in 2020, but rumor has it that you can check out a sneak peek at 2013 Geneva Auto Show.