The all new BMW i3 Concept Coupe, which is slated for some form of release in late 2013, is a serious game changer in the automotive industry for a couple of reasons. Responding to the large demand of consumers hungry for a luxury electric coup, the BMW i3 is the German automotive maker’s first all electric vehicle. That’s ALL electric… not hybrid. 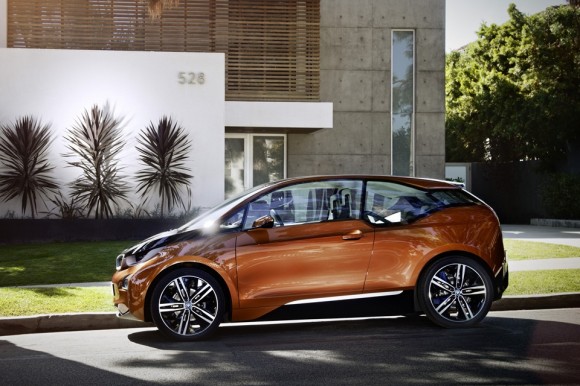 For the nearly 95-year-old car company, who has built an entire heritage and brand image based on gasoline powered racing beauties that hug the road like a high-octane dream, the i3 is an enormous leap to try and win the heart of a rapidly changing demographic. Will they succeed is a question that won’t be answered for sometime.

But BMW is promising that it isn’t losing its edge as a sexy high-performance sports car. However, it isn’t necessarily hard to sniff out a company pandering to whole new generation of soccer moms and dads who are not only concerned about the environment, but want to look stylish too. To keep that chic sporty aesthetic the BMW i3 will be the first mass-produced car with a body made completely of expensive, lightweight carbon fiber – a material that has only been used thus far by military aerospace technology. 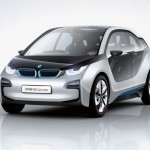 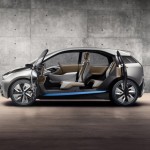 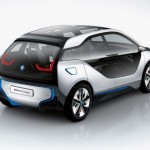 And the BMW isn’t shy about marketing the i3 to hip city dwellers, calling the model “the Megacity Vehicle” that “embodies an intelligent form of urban transportation and commuting.” The i3 also offers “a virtually silent” ride (look out cats) that can go about 80 to 100 miles on a single charge – perfect for a quick weekend getaway. The car can then be replenished to 80% charge in less than 30 minutes.

Other unique inclusions include the BMW ConnectedDrive remote app, available for iOS and Android, so the driver can access all vehicle data and route information from a smartphone; and even start or end the charging process when at a station.

Other than all it’s bells and green washed whistles, the i3 is not a site for sore eyes. Disregarding its possible benchmark status, the new coupe is bulbous and harks back to the strange and dark days of mid-90s minivans. If you like that sort of thing, you can check out BMW’s latest unveiling of the i3 at the 2012 Los Angeles Auto Show, which is on until December 9th. There are no definite release dates, but some insiders are speculating it will be late 2013.