Finally, a gadget that is actually useful. If you haven’t already gotten rid of your old speakers (the ones that have real old fashion wires and the red/black plugin thing on the back that Bluetooth technology has basically rendered completely obsolete), don’t! 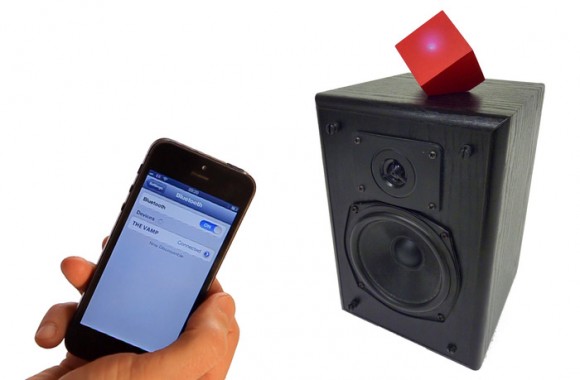 The Vamp will breathe life into any and all of your destined-for-the-dump-speakers by converting them into a modern wireless Bluetooth music maker.

The brilliance of the Vamp is not only that it wirelessly plays music – there are plenty of new Bluetooth enabled speakers on the market – but that it can bring an entire generation of obsolete, yet stylish, speakers right into the 21st century and make them more than useful again – not just wooden sculptural reminders of yesteryear. Many of those speakers, that can be found collecting dust at thrift shops all over the world, are actually quite well made, provide excellent sound, and nowadays, will only set you back a couple of bucks. 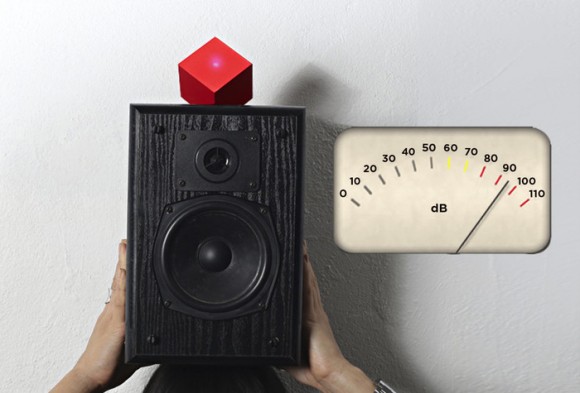 Vamp itself is a little oddly shaped square device that can attach to an old speaker using an audio jack converter, so you can plug it into your iPhone or even computer. It also comes with a charge cable and that connects into a USB port, a 3.5mm audio jack with two wires, and a magnetic pad, so it can easily stay in place.

As far as battery life goes, the creators say it’s possible to get 10+ hours out of a single charge but, its seems likely that number is largely dependent on what size speaker your using. For those speakers that pump out a few more watts,  there is always the option of leaving the Vamp continuously plugged in.

Right now the Vamp is on Kickstarter and has far surpassed their initial goal with many more days to spare. With a minimum pledge of about $53 you can get yourself one of these little magical cubes, which should role off the assembly line this summer.