Show of hands — who’s been screwed by a cord attached to your computer or mobile device getting snared in something and having the whole heap come tumbling down to the floor? Much to my annoyance, I bought my PowerBook just weeks before they introduced the Magsafe power adapter, the magnetically attached power cord that casually releases itself from the laptop with any tension on the line, so anytime the-dog-with-the-curled-tail comes tromping by the table there’s a high risk that my computer is going to follow, which after a few dozen falls means my power cord and jack are, well, jacked. But it’s not just the power cords that can bring your laptop to its knees — it’s the headphones or stereo line attached to the same panel that can be just as much of a problem. 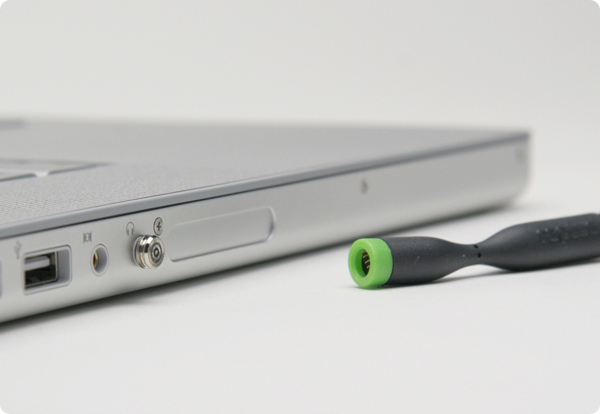 Which is exactly where Replug comes in. Er, will come in as soon as it’s released. Using Magsafe-similar design, the Replug can transform any 3.5mm audio jack into a breakaway connection so that when too much force is applied to the line Replug quickly detaches itself and you’re saved a quick dive and scramble to save your expensive wares. It’s genius in its simplicity and design and, until we’re living in a full-on wireless world, may be the best solution to audio cord problems. Designed by William Tan, David Goetz and Luis Chao of LA based Amalgam, be on the lookout for this little wonder soon (much like every other project out there, we expect to see it ride in on the wave of just-in-time holiday gift releases).