Sure I’m the millionth person to blog about the much anticipated iPhone-like iPod but that is not going to stop me from being on the 1,000th page of google when you search for the new “iPod Touch.” 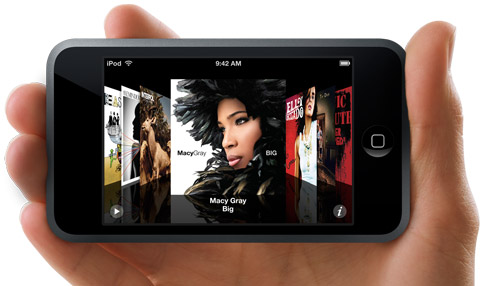 There has been quite a buzz about what would be next from Apple as of late and today Steve and the gang did not disappoint. As suspected the new addition to the popular line of iPods has been given the same touch screen capability of the now $299 iPhone.

In addition to the multi-touch interface on its new 3.5 inch color display the Touch also boasts Wi-Fi capability. With it’s built in Safari browser you can now surf the web wirelessly using the touchscreen keyboard all while zooming in and out with the multi-touch display.