In the 20th and not the 21st century, there have been international and private races to space, but not many people know of the race to create the perfect chair. While technology evolves, simultaneously the world around us must be adjusted, and this includes our furniture. 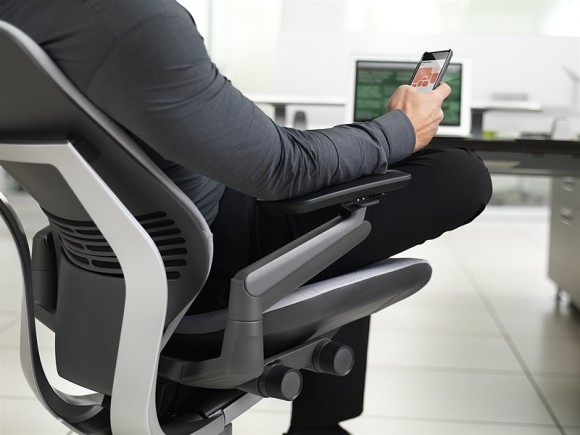 When Victorian women didn’t have a place to faint, because their corsets were too tight, someone had the bright idea of building a specially designed fainting couch. In the 1950s Charles and Ray Eames were tasked to create a number of office chairs to meet the demands of life after wartime. And then came the Aeron chair, which was 94% recyclable and met the demand of the computer age. Now comes Gesture, a chair designed specifically for the smart device and tablet age.

What will come next no one knows, perhaps a chair for anti-gravity, but the Gesture – once you get over how slightly ridiculous it is – is a true symbol of our time. The chair was designed by Steelcase, makers of ultra-modern office furniture, who conducted an international study in 11 countries with 2000 people and discovered 9 new postures as a result of (put on your best David Attenborough voice) “new technologies and behaviors.”

The postures include “The Strunch,” which is what it looks like after we’re browsing Craigslist for hours and our body hunches over and our head can only be held up by our hand. Or “The Text,” which is what happens when our legs are crossed in a chair with one of our arms resting on an armrest – probably while we’re going through all our spam texts replying with “stop” over and over and over again. You might even be asking yourself, which position you are in right now reading this article?

Yet, these new positions are unique, not because it is a brand new sociological phenomenon that we observe at coffees shops and at work, but because these positions can actually cause us some serious discomfort – from our fingers, to our back and even our legs. Based on Steelcase’s study they developed Gesture, which has a number of features that make sitting in the 21st century a lot more comfortable. Because why should killing hours at a time on the Internet feel like unbearable torture? 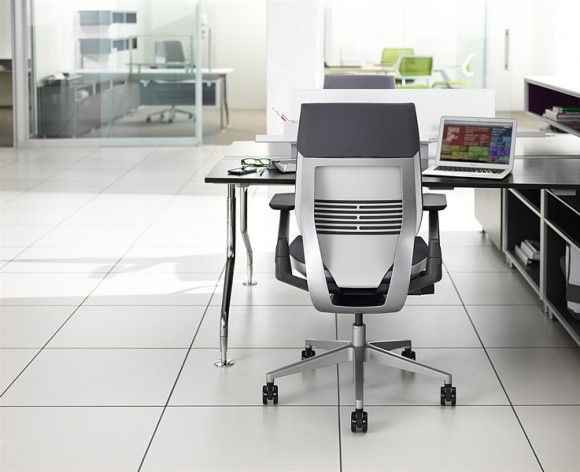 One of the first features is a “Core Interface,” which gives sitters better back support and conforms to each one of our new positions. There is also the “Limb Interface,” because how many times have you wanted your armrest to follow your arm position as you switched between texting with two hands and one, and then back to a computer again?

Essentially, the Gestures does a lot of things, and putting all hyperbolisms aside, it’s a chair that goes backwards and forwards, and up and down, and then back up and down again – it would make even Charles and Ray Eames lightheaded and at the end you might just need a separate fainting couch just to save yourself from yourself.

What you really need is a chair with good lumbar support and to get regular exercise so you don’t look like Quasimodo after a text fight with your boyfriend or girlfriend. And whatever happened to going outside to take a walk and not surrendering by purchasing a chair that supports our terrible new postures? Steelcase plans to release the chair in Fall 2013 with an as yet unnamed price, probably in the thousands — sign up to emailed when its ready for purchase.