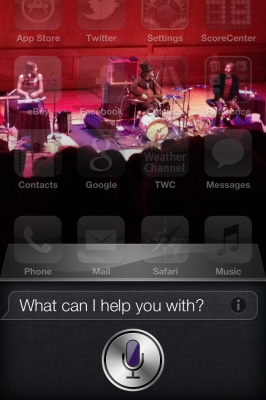 The technophile’s latest dream has been realized:  the NEW iPhone 4S, which happens to contain an artificial intelligence, Siri, to cater to our every need!

Though it is true the iPhone 4S has not grown beyond a perfected iPhone 4 exterior design (the 4’s fragile glass back appears to have been replaced by the 4S’s metal one, and the antenna-gate problem is nowhere to be found), the newest evolution is truly that, an evolution.

The iPhone 4S screen size might be the same as the 4, but the iOS 5 running on the iPad 2’s dual-core A5 processor chip that lies underneath the sleek and sexy hood makes the 4S damn near instantaneous in its functionality.

Just what the heck does that mean?

Well, when you actually use the iPhone 4S phone to call, and more intricately compute, email, tweet, Google, and photograph (with the brand new eight megapixel camera with HD video), it runs smoothly and is faster to the umpteenth degree than its predecessors.

Consumers really have to play with the iPhone 4S to realize just how vast a difference in the Apple computing power that now drives the device. In a race the iPhone 4S would go up against the iPhone 4 or 3GS and make them look like a Ferrari trying to outrun a rocket ship.

And while all of the do-dads that eager consumers were hoping for in the iPhone 5 did come in the incognito form of the iPhone 4S, with the exception of a slightly bigger screen or 4G capability, there was then the knockout uppercut that no one saw coming:  Siri.

While the Siri App and its technology of finding things to help the user with have been around for a while, the full integration of such an artificially intelligent tech goddess into the Apple operating system, and especially the iPhone 4S running it, is a truly innovative innovation in the way consumers can become supermen and superwomen using it.

Ask Siri to remind you to have an assignment finished by three in the afternoon on Friday and she tells you that a reminder is set up. If you are curious if an email arrived or need to send one on the fly, just ask Siri and receive.

Ask Siri to text or call your bud, and it is done; ramble to her about the latest football score that needs to become public information and post the spread on Twitter, Facebook, email or anything available on the iPhone 4S, and she will concisely ask and confirm what you mean, where you send it, and on what platform your player bashing will appear.

And Siri is so smart, that if you ask her to self-destruct she will pretend not to hear you, and if you even ask her to help you murder someone, Siri will refer you to the closest mental health facilities to get you help.

If you go the iPhone 4S route, you will experience extravagant excellence, and if you ask Siri, well, she knows the answer! 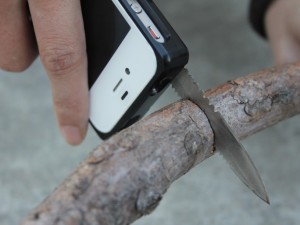