Paul Bunyan type “A” personalities and iPhone 5 and 5s owners rejoice, because the TaskOne multi-tool is here to ensure that cutting down a young tree limb and carving it into a bow for the Hunger Games requires nothing more than an iPhone case. 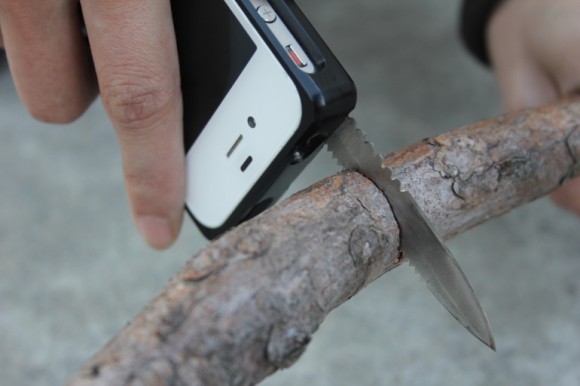 And you can open beers with it!

Tool turned iPhone case company TaskLab are out of their minds with survival and outdoor capabilities here.

The bottle opener is sturdy and functions better than most of the largely useless keychain openers that your friends annoyingly insist on using to get your bottled beverage open after half a dozen tries. The TaskOne opener easily pulls out of the case’s end and gives your hand the leverage to quickly, and in one shot, snap off the bottle-cap.

This case will run you a hundred bucks, which is kind of on the expensive side when you consider the cases going for pennies (literally) on Amazon. But this fairly light iPhone case (at 3.3 ounces it is lighter than you’d expect but also heavy for most iPhone cases) is loaded with Swiss Army Knife-like goodies. 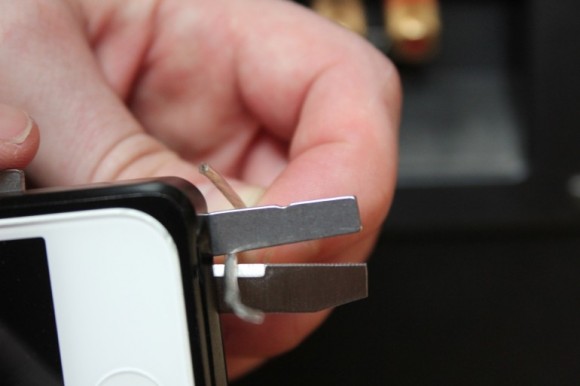 While traversing the Cathedral Pines mountain bike trails of six-plus miles, a large fear of being stranded because the bike needs to be adjusted often accompanies me.

By giving the iPhone this kind of armor, taking a fall should not destroy the smartphone, and loosening and tightening the Allen screws with the TaskOne’s included set of wrenches makes for a compact toolkit worthy of trekking the woods.

Whether or not this meets allowances for traveling at airports is a whole other matter, and you may want to have a non-lethal case for such occasions and leave the TaskOne’s 2.5” removable knife blade and its 1.8” saw blade at home.

There are twenty-two tools in all, including flathead and Phillips screwdrivers, pliers, wire cutters and strippers (surprisingly decent ones too), spoke wrenches, a ruler, and a kickstand for watching YouTube in the middle of the zombie apocalypse.