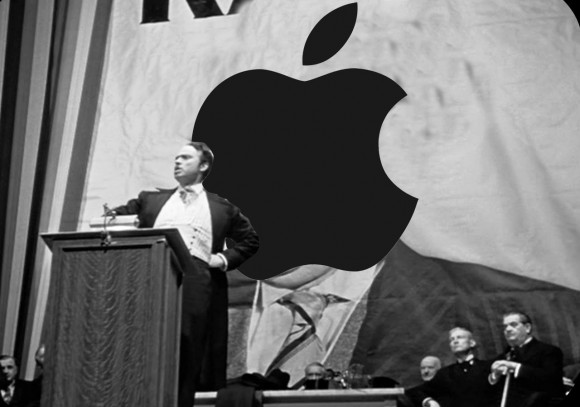 As you know, iPhone 5 was released in stores a couple of days ago. Here are some of my thoughts. The excitement is palpable and adulation roars among the unsatiated masses that wait in lines around the world for the vaulted glass doors to swing open. The Buddhists would have foreboding words. At first I feared for the sanity of humanity that thirsted so desperately for a phone, but then I thought about how religions are born and how mere mortals are exalted to gods and non-believers are sacrificed.

Then I thought about how warm and cozy religion can be – like eternally never getting out of bed. Then I looked at Apple’s stock prices. As of right now, just days after the release of the iPhone 5, it stands a little over seven hundred dollars. Apple has become the most profitable company in history. Steve Jobs would be sitting on a desk in his own private pleasure dome, looking at the stock ticker (on the new iPhone) chewing on a cigar à la Citizen Kane with that devious grin watching the numbers grow higher and higher. Capitalism never smelled so damn good. 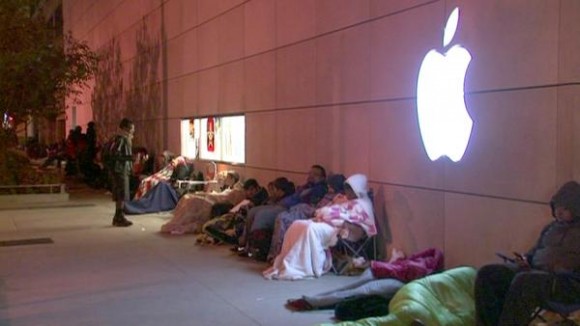 I’m convinced if Moses were lost in the desert today he would have come down from the mountain with the Ten Commandments presented on two iPhones – perhaps there’s an app for that. Then I thought he would have surely had a special invite only keynote speech at the Moscone Center in San Francisco.

I became really frightened when I saw footage of the Apple Store employees cheering, wailing, crying, and convulsing with excitement as they opened the stores and swiped the credit cards of the first customers – some who waited in line for days and cheered still has they left the doors into the great oblivion. I decided then and there that I’d stick with my older model iPhone and never look back no matter what anyone said – no matter how much social ostracization and castigation by the technorati was smote upon me.

What’s an iPhone for, really?  I’ve done my own study and found that 75% of users only use the phone to look busy in awkward social situations. Who knows how many iPhones will sell around the world by the end of the weekend – probably a lot…probably millions and millions. And the truth of the matter is that I’ll probably get one too and I’ll love it more than anything.