As a kid and as a grown up kid, Edison the ridiculously affordable robot, with its free open source software and its compatibility to build with all-things LEGO is a dream come true.

Microbric has truly become a champion of the people!

I am currently shamelessly begging the good people over at Australia’s Microbric for a prototype of the “Edison – fun robotics for tomorrow’s inventors” so I can craft my own three foot ladder in LEGO’s and be able to race the little bot to me with pen and paper, via my TV remote control, whenever I need.

That’s right . . . use your DVD or TV remote to program in your own custom controls for Edison!

Let’s break it down: Edison is a robot that can be purchased for less than forty bucks and can then teach robotics and computer programming to anyone from a five-year-old to a ninety-year-old bot veteran with decades of experience in quantum physics and/or advanced robotics. 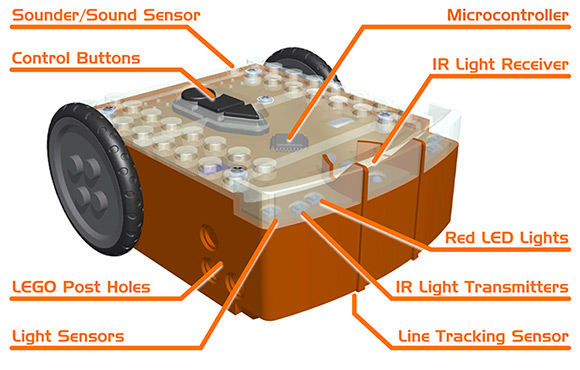 Damn that is good!

Thomas Edison clearly would have refused to bathe and tried to swindle the Microbric inventors out of their patents and all credit (like most of his inventions, including Tesla’s), because this is that freakin’ good of an idea!

No, I am not a paid Edison salesperson, though I could be Microbric . . . I could be.