The Zano drone is built ready to film in HD from an aerial assault from an affordable price point of less than two hundred quid (169.95 in the U.K.).

We have all been there: one of you is the black spy, the other the white spy, and your game of ‘hide and go seek out and destroy the heinous enemy spy with your Nerf gun’ has stymied, because you cannot find your target.

They are too quick, too sneaky, and their ability to climb trees gives them a distinct advantage (you do not climb trees for fear of getting stuck like a cat . . . again). 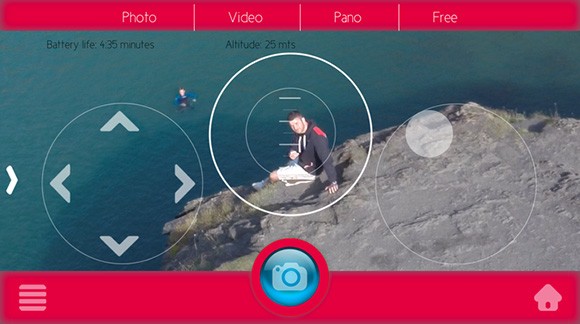 Dial up the mission to another level by firing up the Zano drone and sift through all of the shrubberies and oak branches until you find your spy.

Then let the Zano eerily hover in place, filming your foil in high definition as you ready the perfect angle for your Nerf Gatling gun and sock grenade attack. 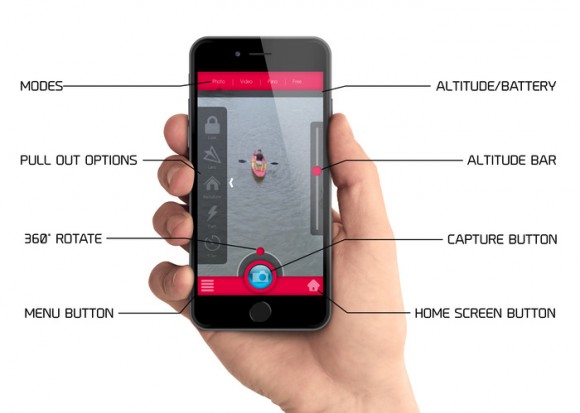 This Kickstarter campaign has breached the million dollar mark (US) with its uniquely portable flying film studio, the Zano.

Meant to be both tiny and durable, the Zano brings aerial camera work to new heights (I couldn’t resist the pun) with a Wi-fi enabled smartphone control similar to many iPad video games.

Tilt your iPhone or tablet and watch the filming drone move in the direction you indicate.

Built-in safety features make your terrible sense of direction a moot point, as the semi-autonomous drone will fly itself away from the tree trunk you just foolishly pitched it toward.

Zano’s Revolutionary Intelligent Flight and Autonomous Operation allows for the drone to act on its own after you give it a task or mission . . . eerie! 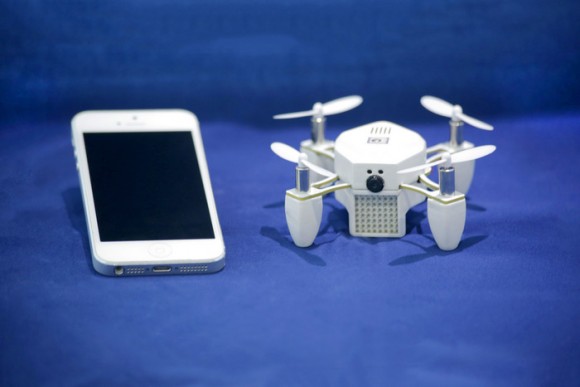 Failsafe software features ensures ZANO will always return to your mobile device if it feels its strayed too far, is losing signal or is running low on battery.

This little guy might think a little too much for a 1984 society!