There is absolutely no shame in admitting that you enjoy a good striptease from a robot, really. I mean who is to judge you for being turned-on by a pair of busty robotic pole dancers working the music to neon lights? 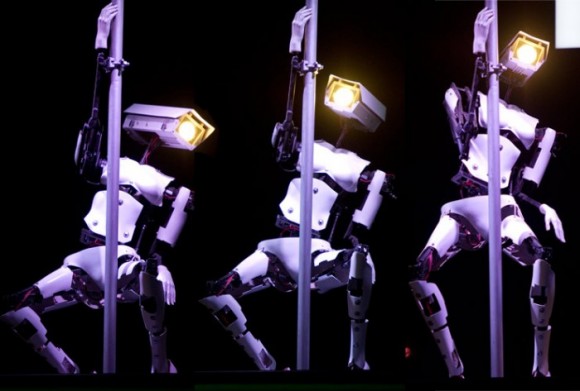 At the recent CeBIT expo in Hanover, German company Tobit Software demonstrated what would be the becomings of technology should engineers ever lose their minds by giving life to two pole dancing robots, named Lexy and Tess. To highlight the ongoing demand and fascination with tech devices and robots that go beyond their more accepted responsibilities, the software developer provided all those who walked by the company booth with a free show.

The performance gave Tobit a chance to showcase some of their latest robotic models. Past product displays involved similar robots and intents, but apparently this year packed a serious punch. 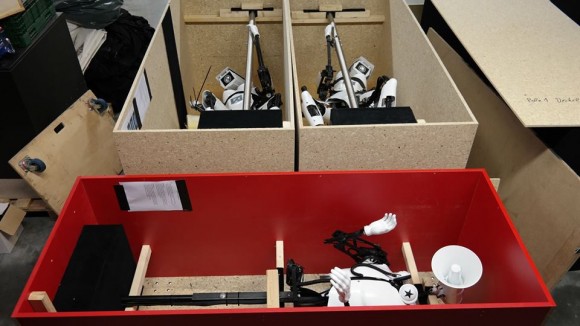 A Tobit representative told RuptlyTV, “We changed them a little bit to make them more interesting.” And by “more interesting,” he meant more color and bigger breasts.

Tobit suggested the price for one of their robot pole-dancers to be slightly over $39,000, which could be an economical price depending on how much you typically spend at an actual strip club. But before you break the bank, you should probably test the model. Here’s a preview of the performance below.

Now that you’ve seen these robots are more of a novelty than anything else, lets just hope the developers aren’t too keen about introducing a twerking robot to further tempt our interests…

3 Responses to “Would Robot Strippers Arouse You?”