The first book Harry Potter and the Philosopher’s Stone by author J.K. Rowling barely made it to print in England in 1998, and yet the Harry Potter series has now sold close to 450 million books across the globe; and the eBooks are available on all eReaders today!

That number reflects the old-fashioned paper books (which are one of my personal loves, folks), because up until right now – this very morning – the eBooks had never been available.

I take books everywhere, but if I forget the paper goodness at home or in the car, and the tragic line at the bank goes on forever (or at least ten minutes) I get antsy with the desire to read. Having a portable Harry Potter and the Half Blood Prince eBook on my person at all times seems like a no-brainer, especially when my train rides can kill brain cells without holding proper distractions of reading excellence. 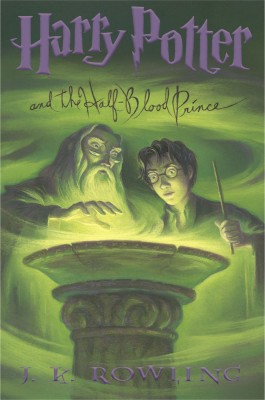 J.K. Rowling had been adamant that her books remain off of the eBookshelves; her love of reading and her tireless promotion of physical books made her a champion of young readers and adult ones too.

Once the first book took off in the U.K. and then the world, Rowling has kept a firm hand around the creative control pertaining to her babies, and rightfully so. The stories feature coming of age, moral philosophy, romance, politics, and let’s not forget wizarding fantasy tropes, and any change of the course in her works would no doubt change their charm, their beauty, and their messages.

The success of the Harry Potter series movie franchise did so with Rowling’s control and overlooking of the entire film process, and it is a large part why they are classics.

With the last HP book and movie behind her, and a steadily increasing readership amongst people using eReaders (in some cases exclusively) over paper versions, Rowling relented and made a deal that culminated in a worldwide universal eBook version of all of her books that are being released today.

The first three books will sell for $7.99 while the remaining four will sell for $9.99. Digital audiobooks with the British voice of Jim Dale are also available for $29.99 and $44.99, respectively.

There is also a discounted packaged edition containing all of the eBooks for $57.54 on Pottermore, and an audiobook set selling for $242.94 American.