It is time to breakdown the 2012 Google I/O Keynote highlights that deserve our time to talk about them, in all of the good, bad, and ugliness.

Forgive the Clint Eastwood reference, but its appropriateness never ceases to amaze me, and so without further ado there is the Welterweight Divisional Match featuring the social streaming media player, the Nexus Q! 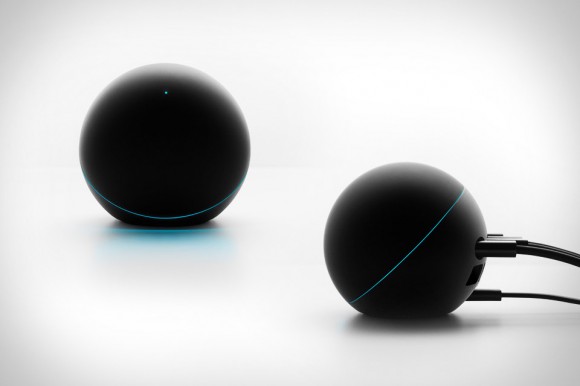 Nice as the sexy little thing is, the Q will get knocked down in less than a round.

Google’s cross fitting of an Apple TV-like device enshrined in a ball with a phone’s remote access (for an iPod Touch-like experience) is a trainer’s nightmare.

The Good and the Bad:

The Nexus Q has a really cool function of connecting video and content from any Android device to a TV and/or speakers, but it lacks way too much in comparison to Roku and the Apple TV, and its price is downright awful: $300 or $400 if you want the Google speakers made for the Q to come with.

Looking inside the Nexus Q has 16GB flash memory, 1GB of RAM, an HDMI port, an optical audio port, and an Ethernet jack. The cross fit Droid also comes with Wi-Fi, Bluetooth, and its own built-in 25-watt amp to power speakers you already have (did I mention it is a hundred bucks more for Google speakers, folks).

The Nexus Q only supports a handful of Google-owned services like Google Play Music, Google Play Movies and TV, and YouTube. Why anyone would limit themselves (where’s the Netflix, Google) when the less expensive Apple TV and Roku streaming devices are out on the market and more versatile is beyond me.

Next up in the Junior Welterweight Division is the brand spanking new Android 4.1 OS, a.k.a. Jellybean! 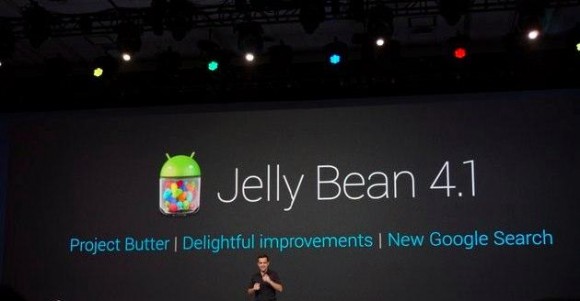 This little guy is a fighter, and Google has done a lot of things right with their newest operating system upgrade. For starters Jellybean features Google Play, which will grant access to loads of movies, magazines, and TV channels and is currently partnered with ABC, NBC, Disney, Paramount, and Sony.

The mid-July release of 4.1 will run like butter too, folks! How do I know this? Well “Butter” ups the frame rate to 60fps (frames per second) to make its content look and flow in a “buttery smooth” fashion (I can’t believe it’s not Crisco). This is huge and will allow for the continued increase in screen technologies (retina, anyone?) and filmmaking processes to come through on Android devices, such as your phones and . . . your Google tablet!

Voice typing is now available offline without a data connection, and the Apps are going to be vastly improved!

You get a lot of bang for your buck here, as the Nexus 7 is one hundred dollars cheaper than Google’s Q streamer. Wait . . . what? I do not know why, but it is true!

There is a $199 version of the Google Nexus 7 that comes with 8GB of flash storage and a 16GB version that is available for $249.

Google has wisely chosen not to have the Nexus 7 challenge the champ, the iPad, to an all-out fight, and is instead trying to wrench the secondary title from the Kindle Fire and Nook tablets.