If you want to spend your days resembling a comic book villain trying to take over the world, than this elaborate, scorpioid workstation if for you. Brought to us by Canadian company Modern Work Environment Lab, the Emperor 200 is the most sophisticated workstation ever made. 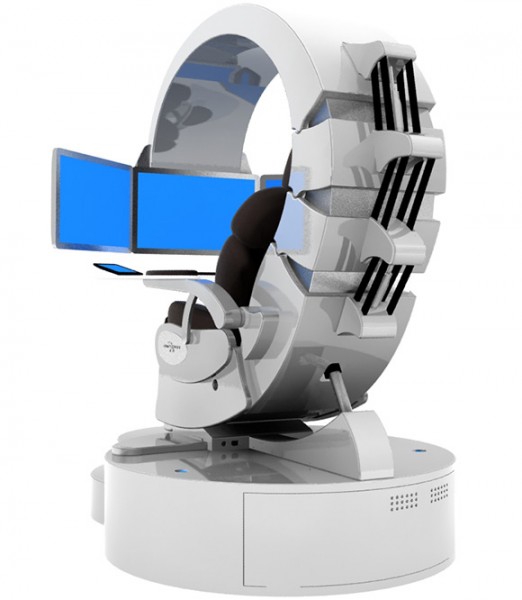 The workstation was designed to get actual work done with the utmost élan, with specifications that include an air filtration system, light therapy, and an electric powered leather seat. Not to mention, as you can plainly see in the picture, there are three 27-inch LED screens and, not pictured, THX surround sound speakers.

Then of course there is the unique shape of the workstation’s body; like a scorpion, but also a little bit like the old carrot dangled in front of a horse.

Yes, the Emperor 200, which promises “luxury, sophistication, and ergonomic comfort without comprise,” seems custom built for avid gamers, albeit wealthy gamers who can afford the nearly $50K price tag, with a lot of time on their hands. Prop this thing up in the basement and you might never leave for months, or years… or ever, at least until the bedsores become too unbearable. Although, will they with such a comfortable seat?

I could also see the workstation working just fine for day traders too, who don’t want to spend all day hunched over a desk staring at their three screens. 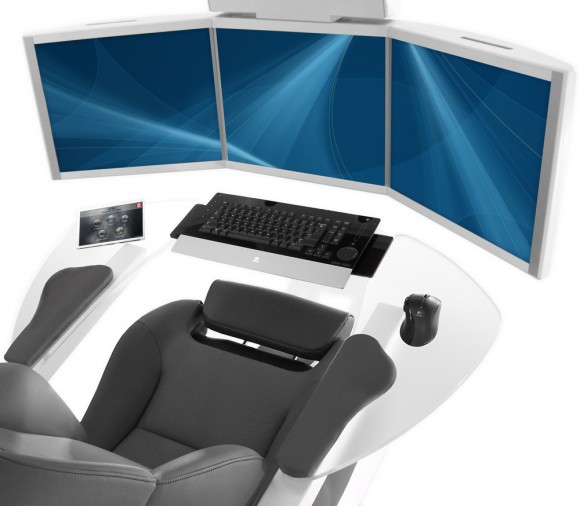 Anyways, if you are into the whole Bruce Wayne aesthetic you choose the white option, but if you are into the whole Doctor Claw from Inspector Gadget aesthetic and want to save some money, you can always choose the Emperor 1510, which comes in black. Either way you’ll be making an enormous commitment with a price tag of $49,150 for the 200 and  $5,950 for the 1510, not including an ultimate nerd tax, which differs state from to state and includes a wedgie from the older brother you never knew you had – also shipping.