Do the streaming content wizards at Roku ever sleep? The company just released their streaming stick hardware 5 months ago and here they are already with the new and improved Roku 3.

The latest iteration of their popular set top box is a little bit curvier, a whole lot faster, and most notably, comes with sweet purple headphones.

Sure, I could talk about how their new hardware will get you to your 750 channels of movies,TV shows, sports, music, and games five times faster than in previous versions or how it now features Dual-band wireless, Ethernet, and a USB port but, who cares, the remote has headphones! 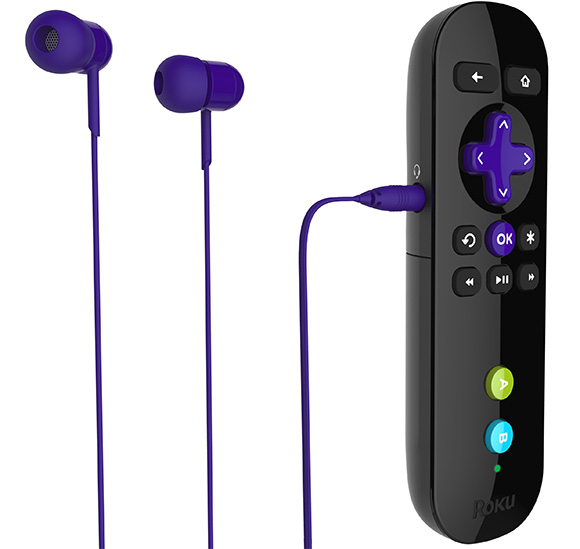 With the new enhanced remote you can finally lay back and watch Game of Thrones until your eyes bleed while your significant other sleeps in perfect silence next to you. The remote also features onboard volume buttons making the private listening mode simple to use. Expect to see at least a 1% decrease in divorce rates by 2014.

Maybe even more impressive, the new remote also doubles as a Wii-like motion sensing game controller for playing included games like Angry Birds with a flick of the wrist. Turn the remote sideways and you’ll see a familiar oldschool set of game controls ready for future game development.

The Roku 3 will also feature a more intuitive interface which will automatically roll out as a free software update to older Roku models in April. You can check it and its snappy response times out in the video above or grab one now for $99.99 through Roku.com or Amazon and see for yourself.