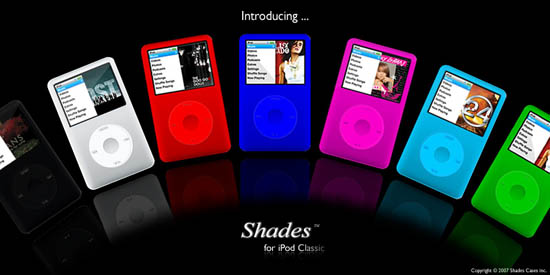 If you’ve plunked down any chunk of change for mobile devices (who hasn’t, right?), then you’re undoubtedly familiar with the frustration of protecting your shiny goodies from the big dirty world outside. Which explains why the market is so flooded with protective gear these days — stickers for your computer, wallets for your phone, rubber placemats for keyboards… the whole of technology’s going condom.

The trick is in finding the right kind of protection; earlier this year I excitedly bought the Andy Warhol leather case for my iPod on the go, but quickly realized it was more trouble than it was worth — the full-protection meant I couldn’t see the display without unclasping the whole unit, it doubled the size of the iPod so it felt more like a brick than a sleek jukebox, and using the controls was mostly dumb luck of “maybe the forward button is here.” The sticker-covers seemed like a good idea too, until I realized it a) didn’t cover the whole iPod and b) left a horrible gunk behind after being removed, which sort of defeated the whole purpose. So hooray for the folks over at Shades Cases for sending over some Shades iPod Cases so that we could test drive them to discover a great new case. And make no mistake, these cases were put to the full test — out for exercising, around the countryside corn fields, swimming around in a messenger bag full of sharp objects, thrown around the car and temporarily lost under the seat, even subject to the horrors of a cluttered living room where things regularly were piled atop the iPod. The travel shows on the case (that I haven’t gotten around to actually cleaning), but the iPod within remains gloriously unscratched.

The Shades Cases are low-maintenance wonders that let you slide your iPod in and out of the snug case easily via a narrow opening in the base that doubles for charging/USB access.

Even better, you’ve got options! Not only do the micro-thin weightless plastic cases come in a rainbow of color options (not to worry, the screen section is always a thin clear shield), but they’re also available in all of your favorite sizes for the iPod Classic, Video, Nano 3G and 2G, Photo, and 4G/CW with iPhone cases expected in the next month.

For $14.95-$16.95 (with a “3 for the price of 2” deal currently running on the manufacturer’s site), it’s an absolute deal and perfect way to appreciate the sleek design of your iPod while keeping its surface unharmed.

Now if they’d only create something similar for laptops…