Audiophiles are a difficult bunch to please.  If a company adds a slight tint to the connector jack of their headphones, their consumers will quickly notice — and heaven help the poor manufacturer who decides to change the actual performance specs of a set of earbuds like Skullcandy did with their bass-boosting TiTANs. 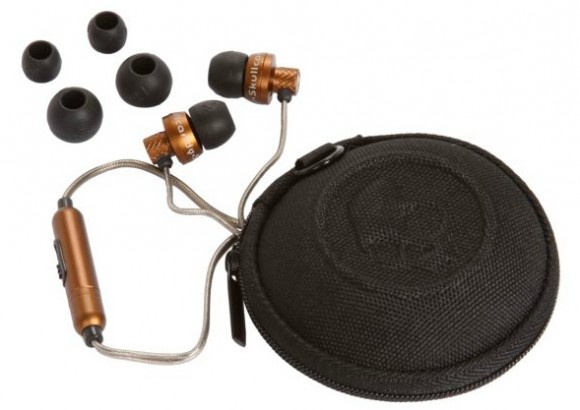 While the technical specs of the 2011 TiTANs did not change (Frequency Response: 20-20k Hz, Impedance: 16 ohms, Max Input Power: 100mW), there were some rather dramatic alterations made to the design of the earbuds that confused a great many consumers.  Foremost among these changes was the removal of the in-line volume control unit, a handy feature that made the TiTANs ideal for regular commuters and those who liked to stash their phones/MP3 players in the depth of their pockets but still adjust the volume.  Curiously, the new TiTANs retained the customary $39.99 price tag of their predecessors, essentially offering consumers less functionality for the same cost.

The reasons for the removal of the in-line volume control unit were never made clear, but a frequent complaint leveled against the older models of TiTANs was their unfortunate penchant to discharge sharp shocks of static electricity into the wearer’s ears.  I  endured this quirk as it helped keep me awake and focused on whatever I was working on at the time, but a good many consumers who used their TiTANs while exercising found it too much of an annoyance to endure.

The new TiTANs deliver the same sound as the old models, but have a cheap look and feel about them.  Gone is the attractive and slightly rigid braided aluminum cord and matching aluminum connector sleeve, replaced by a simple rubber cable and Skullcandy-branded black metal jack connector.

Many may not have noticed the changes to the TiTAN line of earbuds, but those who buy today’s TiTANs are not receiving the same product that Skullcandy used to build a solid and devoted consumer base.  The upside of the 2011 TiTANs lack of aesthetics and features is that they can be found on bargain sites with some regularity.  If you can find a pair for less than $20.00, they will not disappoint you as back-up earbuds.  If you can’t manage to find them that cheap — well, there’s always the hope for Skullcandy’s 2012 product line-up.