Move aside Nike, the Free Runs have nothing on Shamees Aden’s new concept trainers, which encompass biological material and self-regenerative abilities. Now, the idea might sound like something ripped out right out of Arthur C. Clarke’s personal collection of sci-fi manuals, but the Protocells project is very much in development. In collaboration with protocell technology professor Dr Martin Hanczyc at the University of Southern Denmark, Aden looks to introduce the world’s first pair of living athletic footwear. 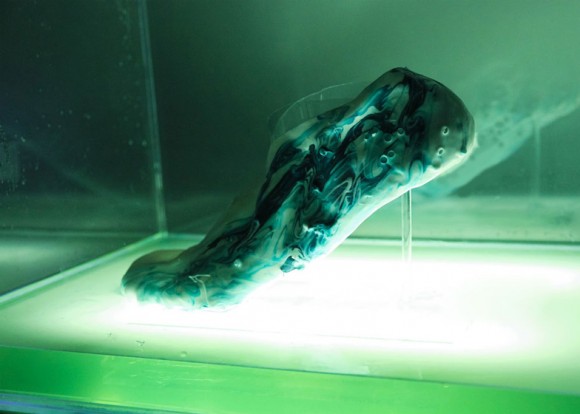 Protocell would fit like a second skin – which is made possible by 3D-printing. Think of it as a protective glove, but for your feet. When you run, these trainers will react to pressure and movement, increasing in mass to provide extra cushioning where required. But that’s not cool part. 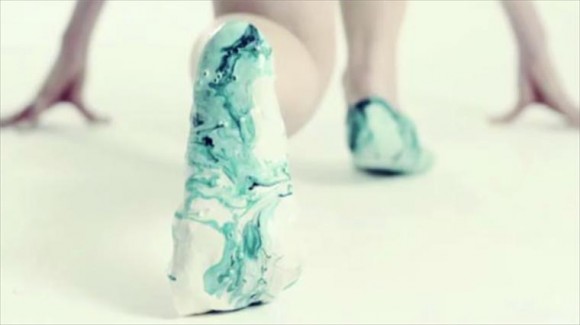 After a run, and when the shoe’s material is depleted of its energy, submerge it in a beacon filled with protocell liquid to actively rejuvenate the cells, making them ready for the next marathon leap. Aden says,  “you would have to care for it as if it was a plant.” It’s like looking after a pet, minus the feeding, grooming and annual vaccination fees. 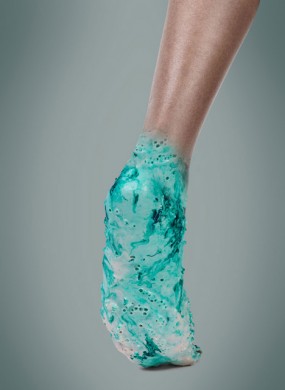 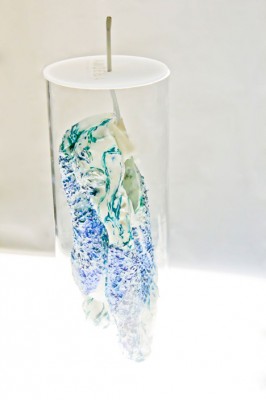 Stealing the limelight at this year’s Wearable Futures conference in London, Aden is fast-forwarding the fashion industry to showcase the potential of protocell technology. If you are anything like me, you’re probably scratching your head thinking what in the world is protocell technology. Well, it is the usage of very basic molecules that are not alive, but can be cured to create living organisms. Bizarre, I know. But scientists have been tweaking the technique to produce artificial living systems than can withstand varying degrees of environments and behaviors, such as pressure, light and heat.

According to the designer, these bad boys will hit the ground running by 2050. Definitely keep your eyes, ears and feet on the lookout!