Let the record show that my experience reflects a “typical” consumer installation of the new operating system for Mac, titled OSX Lion, to the best of my ability. 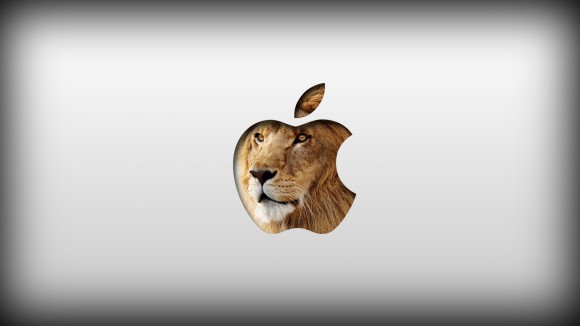 For starters, Mac OSX Lion is fast! There have been numerous Leopards and other more quick-footed operating system titles from Apple, but the actual animal, Lion, is surely the fastest to date.

The most painful aspect, that is apparent immediately, is possibly Apple’s best new innovation:  everything on the Mac now scrolls with two fingers, either going up and down or left to right, on a Mac Trackpad or Magic Mouse; but the scrolling feature is, at least out of the digital box, the reverse of what it was before.

That’s right, folks. If you slide your fingers down, like I have been doing on my 2008 MacBook Pro for three years now, the screen no longer goes down but rather does the reverse and goes up toward the top of whatever page or document that is being worked with. There currently is no option for reversing this, but it is probably easy to get used to, after a painful day or two drudges on.

I want to say this now to retain a certain consumer-level objectivity:  I updated all of my Mac software yesterday, before the big OSX install, as recommended, and I purchased the remarkably cheap Lion on Day One, this morning, for less than thirty bucks at the Mac App Store. I do not have a preview Beta copy, or any blogger-special copy, of the OSX software. In other words, I bought it and have played with it just like anyone else.

Continuing with the hairy Lion evaluation, all of the touch controls are updated and most are different, by default. The Mac OS now acts as though users have incorporated their iPhone and iPad usage, as the pinching and clicking to zoom in on things and the page scrolling (with two fingers going left or right) is nearly identical to the portable computing devices’ touchscreen operation.

My patience wears thin as I write this, because I keep trying to scroll the wrong way and the simple four finger swipe that used to bring up every open App is gone.

But there are newer–and I suspect even I will admit–better controls added. For starters, the new Launchpad (yes, it is named after a Disney character) and Mission Control bring in programs as though they are all Apps. That means that anyone with a smart phone or e-reader, who has dealt with the buying and opening of Apps will have a more user-friendly experience computing on their everyday machines. 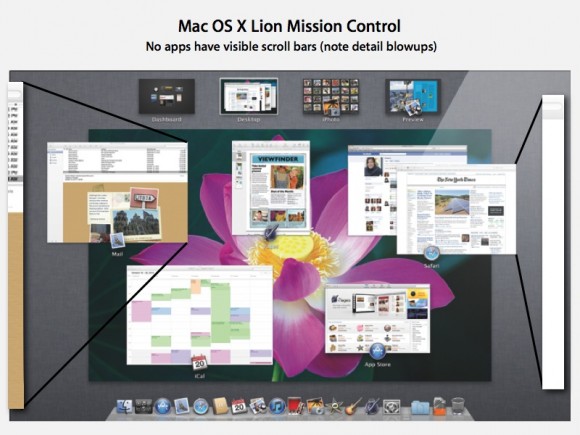 Launchpad finally makes all of the Mac’s Apps visible on gorgeously displayed pages, like the iPhone’s, so that users no longer have to sift through their hard drives to find a program not readily available on their dash. Three fingers, plus the thumb pinching or unpinching, opens and closes this device (it is easier to do than describe).

Mission Control replaces the empty space that would hold up all of a user’s Apps at once, for choosing one to go to, and this is also easily communicated with a four finger swipe (like you used to do), but only swiping upward (why this is, I do not know).

Overall, the new Mac OSX Lion takes a lot of getting used to, but it is sleek, sexy, and gorgeous at every speedy turn and curve. The controls are a rusty nail in the bum, while they are learned, but the System Preferences Trackpad section shows videos on each way to swipe, and there are options to turn these bloody things on and off (for instance, I had to turn back on the ability to click in the lower right to perform a secondary (right) click).

Leave a Reply to R.J. Huneke