Don’t have a Mac-attack, but the new OS X operating system from Apple, Mountain Lion, upgrades your Mac for twenty bucks.

But that is not the case here. There are over 200 new features to Mountain Lion, but let’s gaze at the finer qualities that are readily discernable and worth looking at.

The first feature worth noting in OS X Mountain Lion is its functionality. Simply put: it works (sorry Windows fans).

Buy it in the App Store and in a little over an hour, the 4GB of data downloads and installs easily without drastically disrupting anything (at least that I could find). 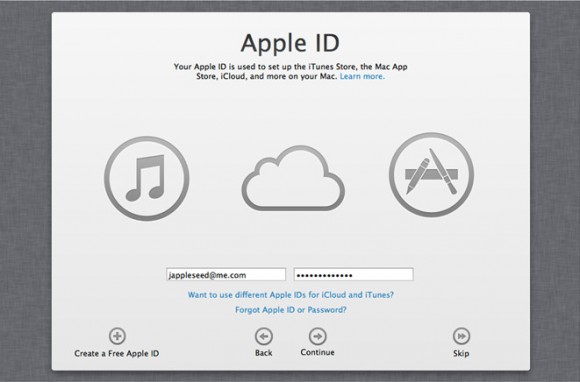 Word instantaneously updated its font menu in seconds upon opening as did Adobe, but for this the system seems to run smoother and feels a shade quicker (which never ceases to amaze me how Apple can make older machines run better on new software).

Upon launch users are prompted to choose whether or not to allow the iCloud Integration to sync with your iTunes account so that email, Safari, documents, and yes, even songs, can be backed up virtually via Apple’s iCloud.

There is a convenient sync from iCal to the Google account and mixes in Gmail’s Calendar as well. Then everything can be accessed from the Mac, iPhone, iPad, and/or iPod Touch.

An extra security feature for all of you MacBook owners out there is the great Find My Mac option that comes with iCloud. Find My Mac allows users to remotely locate and lock a sleeping Mac that might have fallen into the wrong hands (for all of you trendy spies out there) or been left behind in a lost luggage parcel by Delta.

iMessage now lets computer owners to message people on iPhones or iPads for free right from the desktop, and Dictation is a built-in voice translator to text.

But one of the coolest and most useful tool that has been added to the roaring OS X is the Notification Center.

This bad boy is represented by a few lines in the upper right hand corner (next to the search button), and once clicked pulls aside the screen to the left and shows the user what is going on in their Calendar, their Game Center, their Mail, and even their Messages.

Syncing a Google account to the iCal will take all of your pertinent Agenda items and notes and lists them with the date/time at the top of the Notification Center. And it is completely customizable so that you can choose to be interrupted with messages or just slide the screen over to check when you have a chance to look at the reminders.

With little effort the Mountain Lion OS X is a vast improvement (over even the greatness of Lion), and for less then twenty bucks your system is readied for cloud coverage, streaming to an Apple TV, and easy Facebook and Twitter posting.

How much did I pay for this again?