Two days after the Amazon Fire is due to be released, the Barnes & Noble Nook Tablet will try to beat and outshine the book wielding giant and e-reader extraordinaire at its own game. 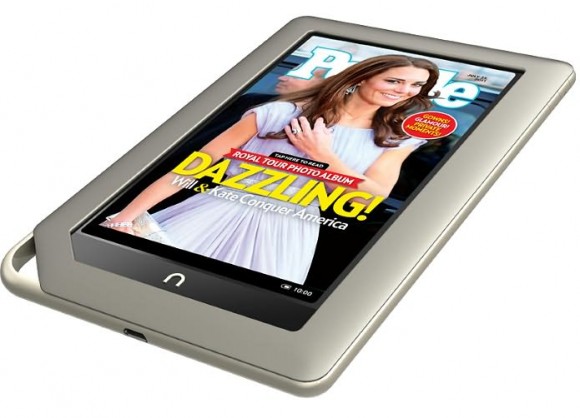 For just shy of two hundred and fifty smackers, the Nook Tablet can be yours, at least as of the November 17, 2011 official release.

If there is one thing that HP proved to the consumer world, it is that not just anyone can put out a tablet and expect it to sell (like the dozens of cell phones that are incessantly dumped on the market). We, the electronics and technology consumers, desire what is often considered a paradox in our grown-up toys:  the most value for the money.

Undoubtedly, Apple often lives up to this rigorous demand and comes out smelling like roses, but these flowers are constructed from the dollar bills of many, for Apple products are certainly expensive. An iPad 2, the often proclaimed king and innovator of tablets, starts at five hundred bucks for a 16GB; it is gorgeous, but you get what you pay for.

Barnes & Noble has cut the iPad price in half for the Nook Tablet, which has evolved an already remarkable visual aesthetic in the popular Nook. The difference between the e-ink screens of the Kindles and the glorious seven-inch vivid-view display in the Nook is HUGE! The Nook’s 16 million color screen is made to show off comic art, HD movies, as well as e-books.

It houses 16GB, which will provide for tons of books, but will only fit a few full length movies within its depths before the space is maxed out. The battery time, of eleven hours reading, and the dual-core processor rival the iPad 2, however, and the screen is simply stunning.

The Nook Tablet might slay the mega-zilla, Amazon’s Fire tablet, before it even comes out.