Meet Izhar Gafni. He’s made a working bicycle purely out of cardboard. Gafni comes from the great tradition of inventors who stubbornly say no to the impossible. 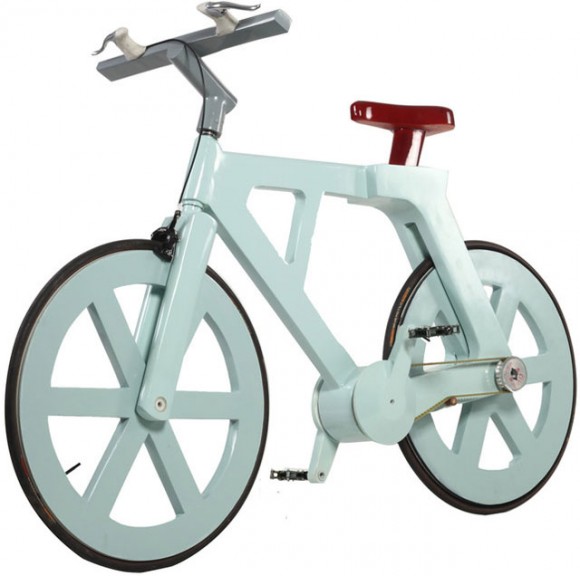 Inspired by a news item about an inventor who made a cardboard canoe, Gafni tireless created the bicycle in his spare time. Before he set to work on a prototype, he consulted a few engineers who all told him it couldn’t be done. After his wife noticed his dejection, she urged him to soldier on and he did. “This is a man’s world, but it wouldn’t be nothing without a woman or girl,” James Brown once said and it just might be true.

Gafni admits his first prototype looked like a parcel package on wheels, but the finished product is nothing short of astonishing. Using his background in industrial design and some of his knowledge of origami, Gafni bent, twisted and treated old cardboard to create an operable model. Replete with tires, the bicycle is durable (weight capacity caps out at around 485 pounds), inexpensive to manufacture and beautiful to look at. Painted a turquoise Bianchi Green, after the great bicycle maker Edoardo Bianchi, the bicycle is waterproof, easy to ride and environmentally friendly.

Not to mention, because it is so inexpensive to make, Gafni’s bicycle could very well revolutionize third world short distance travel and help in cutting down greenhouse emissions from traffic in some of the most heavily polluted countries. Based in Israel, Gafni is a little like the anti-Henri Ford as his recycled bicycle has made him somewhat of a folk hero in the Green Movement.

So far four prototypes have been made including a training bike for children. Investors are already seeing dollar signs and hope to bring the bicycle to market early next year. Predictions are that retail cost will be around $60 to $90 with option of having an electric motor. One thing is for certain: you’ll be able reduce your carbon bicycle print and look good doing it. 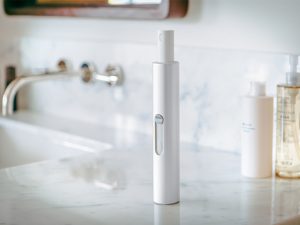 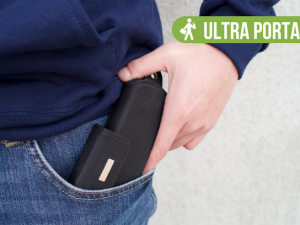 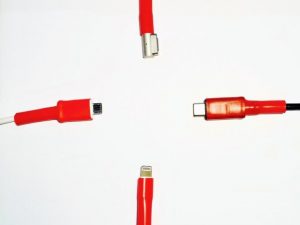 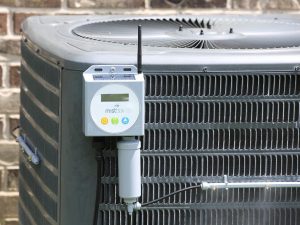 Knut Monitor: A Smart Water Detector To Save Us All 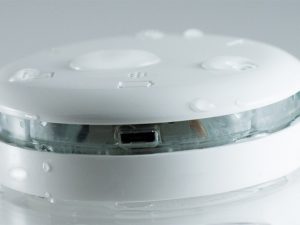 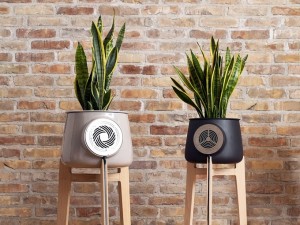