The virtual reality rage is here and with more competition comes crafty innovation and more reasonable pricing, the sum of which equals the $129 MergeVR Goggles and Handheld Wireless VR Motion Controller! 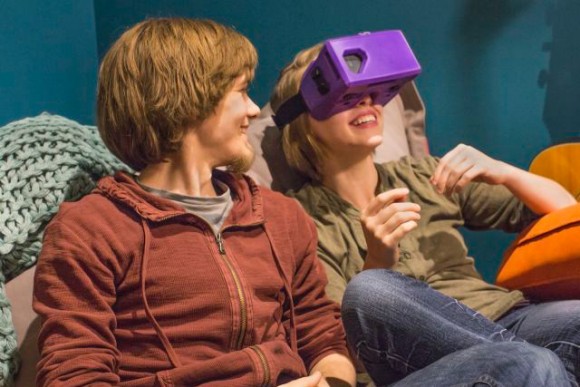 Just how do the Buddhist monk Jedi Knights over at MergeVR make such a dirt cheap system? Hello! They use our cellphones.

Since smartphones are everywhere, why not utilize their computing power to drastically reduce the cost of virtual reality headsets with a simple slide in option?

For iPhone (backwards compatible to the iPhone 5) and Android owners, the MergeVR system offers a means to seamlessly harness the phone within the foam headset to launch a bevy games and Apps and a virtual world with which to interact with. 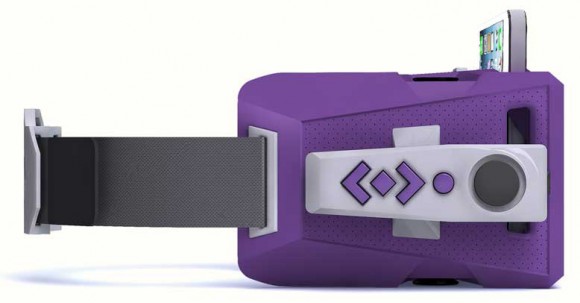 Why work in the real world office dungeon when a bright window onto a three-dimensional immersive fantasy world is just a donning of the lightweight foam VR headset away?

Grasp the bosom of the realistic gaming experience and leave the bleak peeling taupe colored paint of the workplace walls behind forever, seemingly (or at least until lunch break).

Unlike many other virtual reality systems, MergeVR has spent a good deal of time and effort on building a gaming controller. 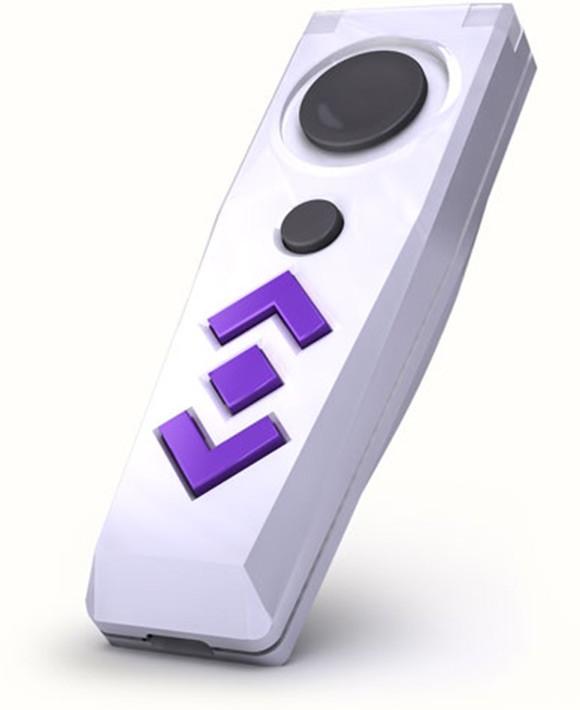 As a wireless handheld motion controller, the MergeVR is specifically designed for mobile virtual reality, lets users navigate virtual worlds with [a] wireless 9-input (8 buttons plus a thumbstick) and a 9-axis motion controller.

And to ensure the badass gaming interface is used, the MergeVR is built on the mobile gaming Unity software platform to maximize the amount of developers who will build virtual reality-based games.

The MergeVR will be freeing our minds come the fall.

Maybe we’ll finally get to go into Mario World and pat Yoshi on the head!