Brewing good beer is incredibly difficult, a true art, and as micro-breweries produce thousands of creative and tasty brews that put corporate beers to shame, Pico has developed a Keurig-like device that allows you to insert a kit and easily develop their delicious craft beer at home in a week. 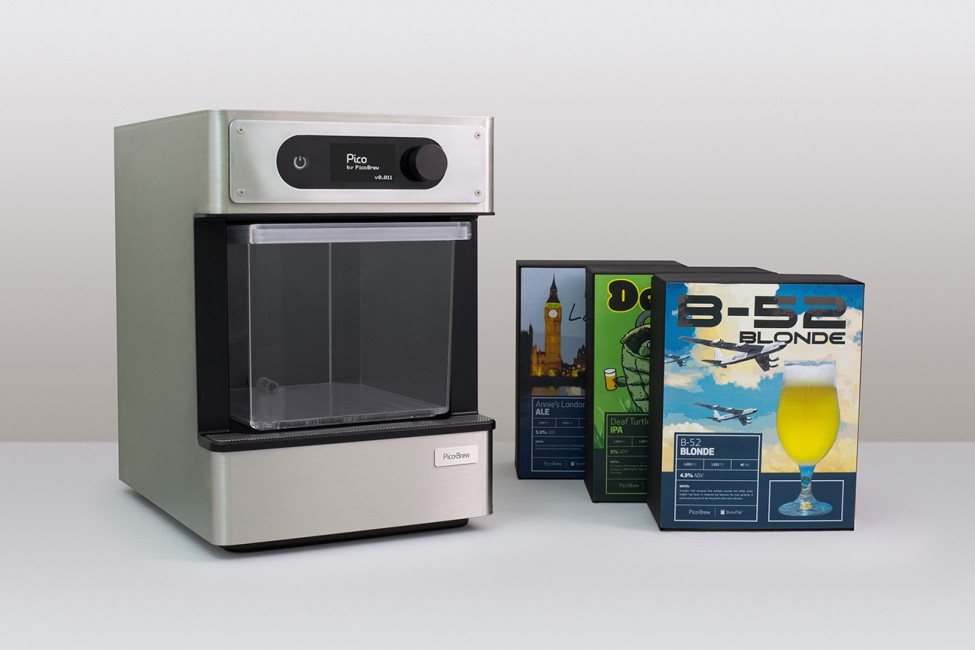 The genius here is the ease with which draught enthusiasts can create their own delicious kegs.

It should come as no surprise that the Pico Kickstarter campaign drew over half a million dollars in two days.

And reading about the idea of another home brewing system made me very skeptical.

The horrendous kits that have been sold with tiny plastic barrels for making one’s own bottled beer never appealed to me.

I know a few people who have made their own beer brewing or wine making systems by researching and MacGyver-ing impressive setups that required experimenting with beverage creation from scratch, not unlike Samuel Adams founder Kim Kotch who made his award winner Boston Lager with pots in his kitchen.

And they made some great beer. But then I have known many to try the gifted all-in-one easy beer making kits to produce garbage and never use it again.

Well the Pico system is not one of those horrible excuses for a home brewery. 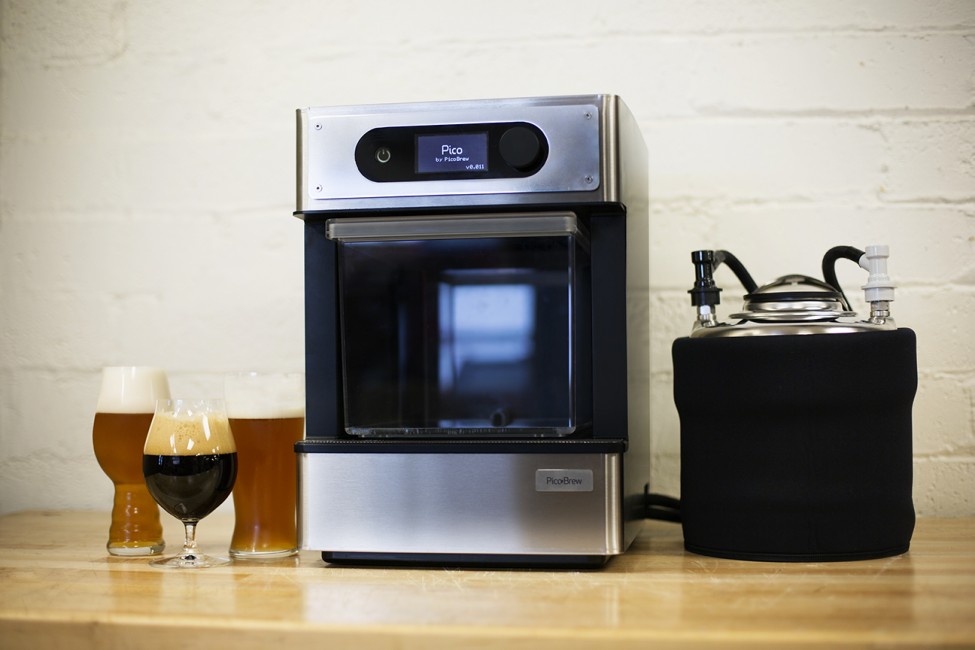 The Pico takes hundreds of craft beer companies recipes and makes them available to use in a carefully pre-measured PicoPak kit that goes in the machine.

Then you can even brew it exactly as you tried it in the tasting room of Dogfish Head, or you can tinker and experiment with an easy twist of a knob and see the level on the digital screen for raising or lowering the bitterness and alcohol content (which can and does drastically change the taste).

Or you can let the Pico do it all as is and relish the micro-brew produced in your own 5 Liter keg.

Hook that bad boy up to any tap and enjoy portable craft brewed kegs.

And we are not talking about months, but instead a week for fermentation of the frothy deliciousness. 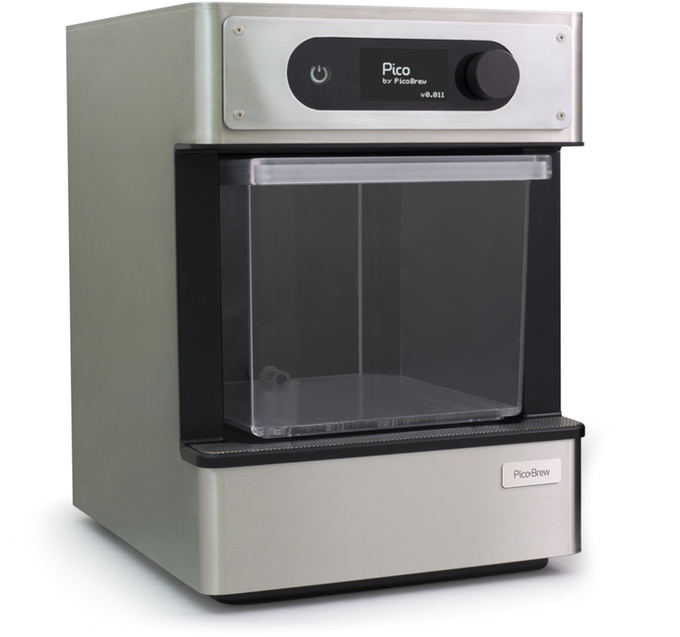 The cost is very reasonable too, folks.

The Pico is discounted on the Kickstarter campaign for $599 with a machine and one PicoPak of your choice of beer, or for another $50 bones you can get three PicoPaks. If you want to go to town a PicoPak Sampler can be added for $100 for five more beer kits.

For those who have for years successfully crafted their own customized home brews from scratch, the Pico is probably not for you.

You do not have to measure a damn thing with the Pico, but that ease and the freshly crafted specific pieces of art from renowned brewing companies around the world may convert even the seasoned home brewer to the ease and timeliness of the Pico!

The Pico is the ultimate gift for the beer connoisseur in your family! 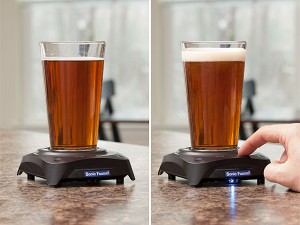 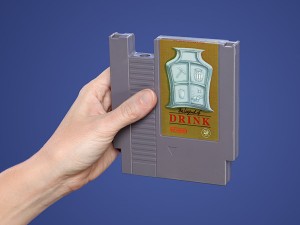 Lips On: Pop Open A Corkcicle Chillsner For Beer Coolness 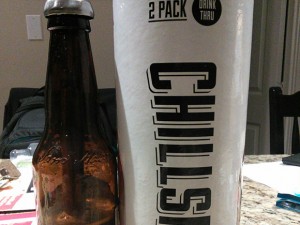 Hands On With the Tantulus Liquor Bottle Lock 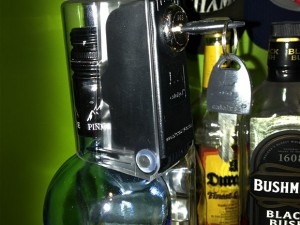 Alcohoot Lets You Know If You’re Too Drunk To Drive 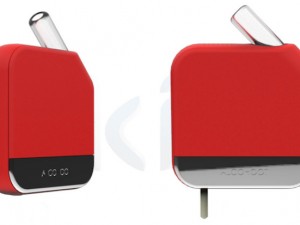