Your inevitable doom has never looked so cute thanks to KamiBot, a project currently up for backing on Indiegogo. KamiBot combines papercraft projects with an adorable, hockey puck shaped, LED laden robot that can be controlled from a smartphone or set to follow a programmed routine. 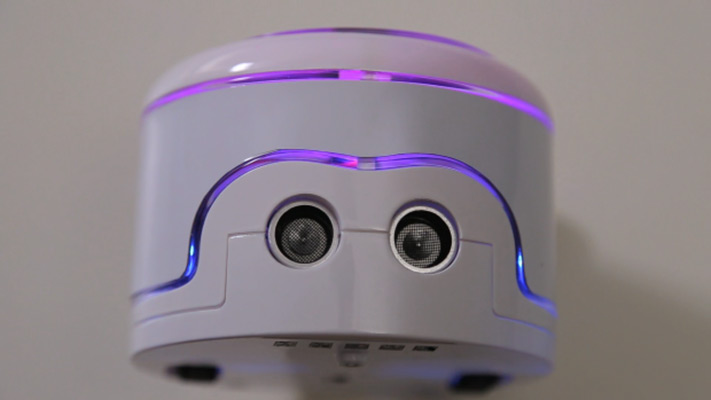 The papercraft projects featured include monsters like Frankenstein, Dracula and the cutest little missile loaded tank this side of the DOD. These are available from the creators to be customized on the users computer and printed out for a customized experience.

Each creatures extremities are held on via magnets (included with the backer rewards) allowing you to mix and match different pieces for even more customization.

Calm down, there are plenty for everyone. Backing this project for $109 will get you one KamiBot along with the four papercraft templates and magnets – but only if you get in while the “Early Bird” package remains available. After that, your $109 will get you only one papercraft of your choice (read: the awesome tank). A seemingly high price tag but believe it or not its what is under the hood that caught my eye and got me excited.

KamiBot is controlled by a smartphone app, or can follow a black line but there’s more if you’re feeling industrious. KamiBot is compatible with the Arduino IDE (integrated development environment) or Scratch, two pieces of software that will help a burgeoning programmer learn the core concepts behind how computers work and make decisions.

For a young person with an interest in coding this would be an amazing entry into the field and a way to emphasize the critical thinking skills that power modern programs and robotics.

Check out the Kamibot by 3.14 over at Indiegogo.