You may not be a sports fan, but as a responsible parent or just a concerned citizen having a tiny, light sensor like the Jolt to monitor blows to the head during young athletes’ impact sports needs to be a mandatory part of the games. 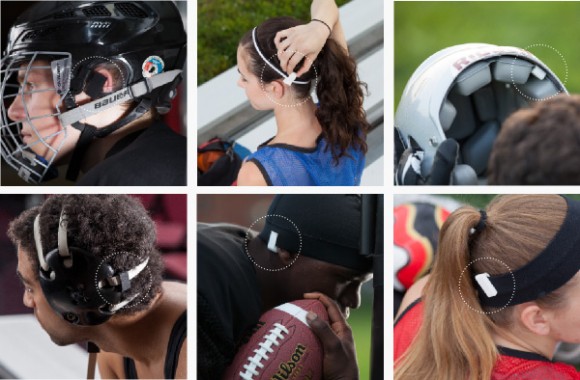 The Jolt Sensor is mere hours away from being funded on Kickstarter!

In the wake of severe medical injuries, both short and long-term, in sports like American football in the NFL and their continued measures to protect the heads and brains of athletes, the Jolt seems like a no brainer (pun intended).

Jolt is a wearable sensor that allows parents and coaches to track and evaluate their children’s head impacts in real-time.

Not every little league football or peewee hockey team can afford to have a doctor waiting on the sideline of every practice or game.

Granting the ability to see, in real time, how hard the head was hit can add so much safety and peace of mind to sports, especially for young athletes and their parents.

The clips for the Jolt were developed at MIT to be tiny and easily attached to any type of headgear.

Then the parents and coaches can view their goal scoring health via Bluetooth through a simple App on Google Play and the App Store from Apple.

Taking the health monitoring to the next level, the App has a cognitive test and a concussion symptom checklist that when combined with the impact data, give a good indication of a potential head injury.

Jolt says that the data is “contextualized” and then broken down in a way that is easily understandable for parents and coaches, though it also points out that any athlete showing any sign of a concussion needs to see a medical professional, as only a certified doctor can diagnose a concussion from head trauma.

As a potential future parent of a student athlete, this Jolt Sensor needs to be adopted . . . EVERYWHERE!