That’s right, the augmented-reality glasses are reality, and Google co-founder Sergey Brin was wearing them all around town (or at least at a San Francisco charity event).

Just imagine driving a Back to the Future-like flying hover car and having the directions of your mother-in-law’s famous ham dinner destination streamed via Google Maps directly to your glasses.

This is not Star Trek: the Next Generation; Google is really testing Project Glass all over the west coast of the US.

Rumors began to spread last December that Google was working on high-tech glasses with a wearable head-up display that could tap into cloud-based location services and detail users’ surroundings.

The details are still up for speculation, but the lightweight glasses seem to place a mini-computer onto the frame’s right side of the coolest hipster glasses imaginable.

Tech mogul Robert Scoble was at the charity event in San Francisco tweeting away after he got close to Mr. Brin.

“The Google Glasses are real! Here is a set on @sergeybrinn cofounder of Googl @ Palace Hotel, San Francisco,” said Scoble. He put the picture in the Twitter post, and continued to say, “They look very light weight. Not much different than a regular set of glasses.”

Brin of course must have been laughing to himself, because he could probably have taken the picture and tweeted using his glasses, instead of a smart phone. 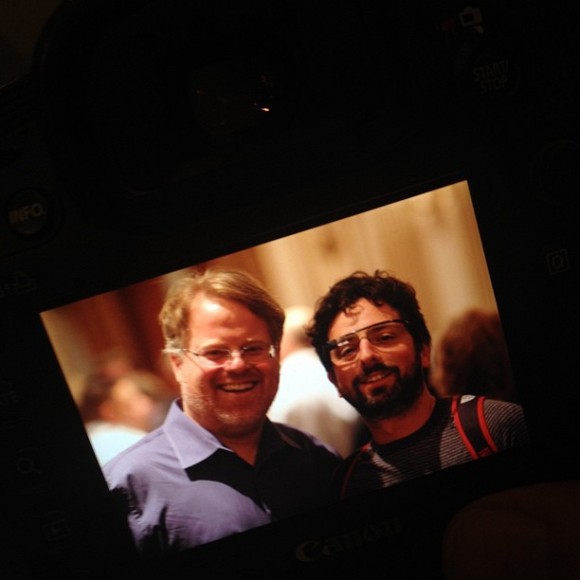 Curvilinear touchscreen glass has been in the news lately, as it could revolutionize tablets and anything where a touchscreen could be useful, and these glasses show the evolution of a computer screen, if nothing else. 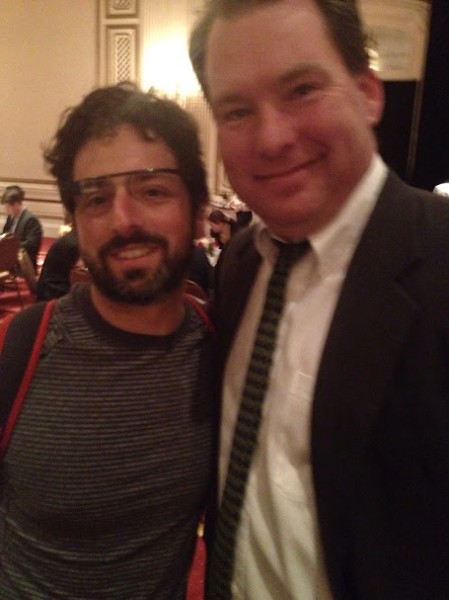 Forget physical buttons on the coffeemaker – buttons can break – let’s just smarten the area with glass and touch away! Or better yet, let’s blink an eye into our augmented-reality glasses and let them command the bean to brew!