We’ve all been there, driving down those spooky, unlit country roads in the dead of night. Some people are stupid enough to cycle or even walk down them. Now, thanks to a new glow in the dark paint, Dutch country roads will be a whole lot safer (although possibly spookier). 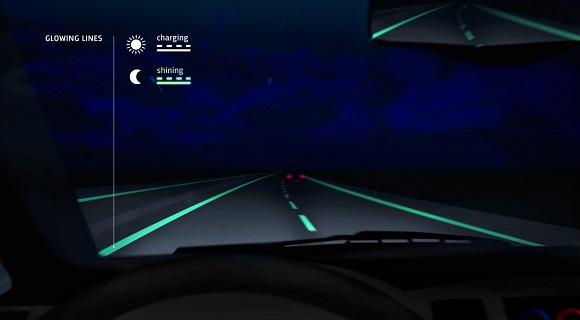 The “photo-luminising” paint is the brain child of Dutch interactive artist Daan Roosegaarde who, in a partnership with civil engineering company Heijmans, was able to make his vision of safer, greener roads a reality.

The paint itself is able to store energy from solar rays during the day and emit a constant glow for up to eight hours during the night. But Roosegaarde’s vision doesn’t end there. In time he hopes to develop a paint that can detect road temperature and visually transmit that information to drivers and a lane to passively charge electric cars on the fly, both of which conform to Roosegaarde’s theme of interactivity and sustainability. 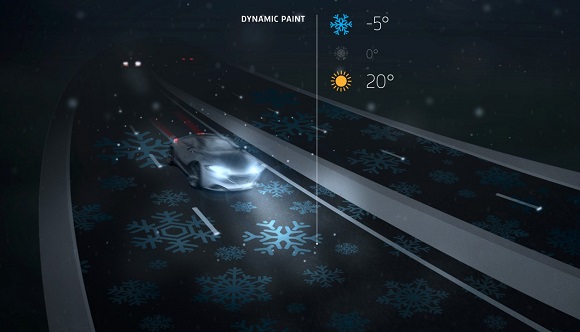 Sustainability has been high on the Dutch government’s agenda and for many years the nation has been the centerpiece in Europe’s energy saving efforts. I should know — I lived in the city of Eindhoven during a trial that saw suburban street lights turned off during certain hours of the night. As more and more street lights are being turned off on country lanes and minor highways, Roosegaarde has stepped in with his glow in the dark paint to offer a safe and sustainable alternative. 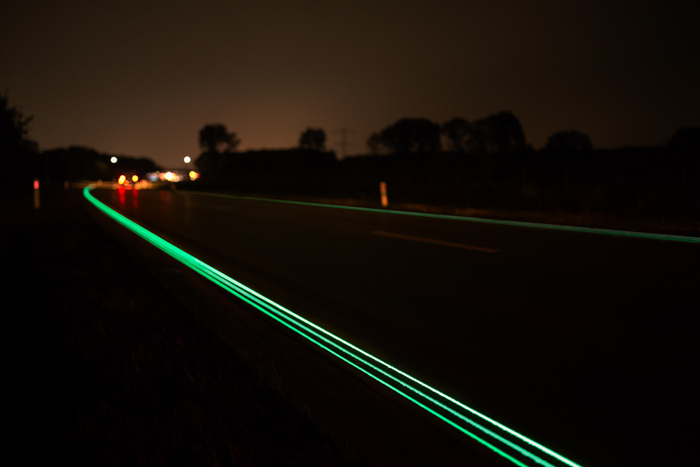 As of now, the paint is being tested on a 500 meter stretch of road in the region of Oss, 100km south east of Amsterdam. If all goes well the paint will be rolled out to other unlit stretches of road later this month. But the real question is, how long until Roosegaarde’s paint, or a similar alternative, makes it out of the Netherlands, out of Europe and onto roads around the Western world? 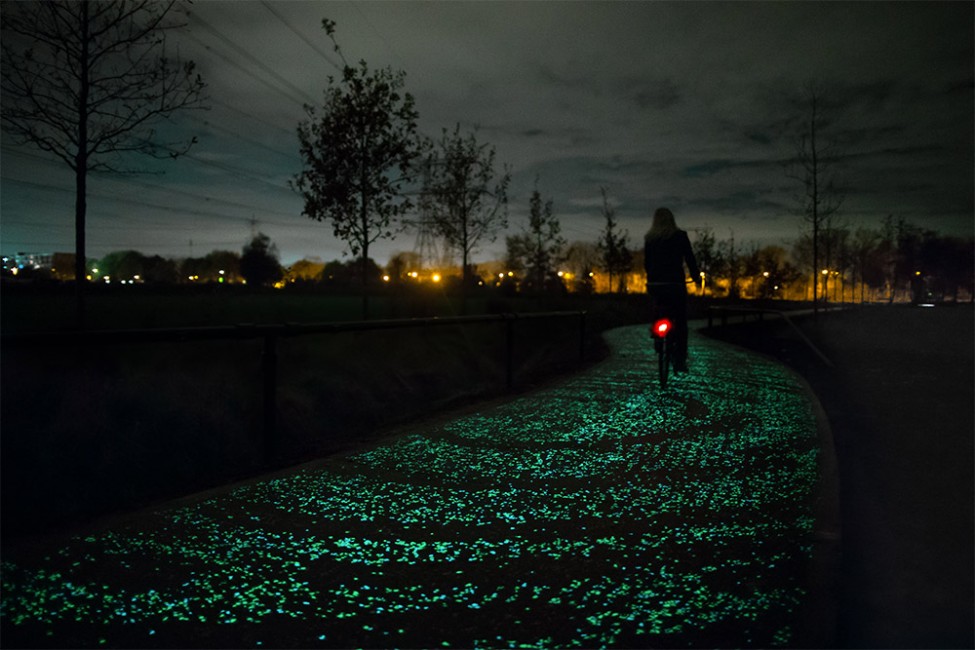 Oh, and for those struggling with a case of deja vu; yes, that’s the same Daan Roosegaarde that designed the Intimacy 2.0, arousal detecting clothing line. Jeez…