The 2014 international San Diego Comic Con is here, and one of the coolest announcements came from the innovators and kooky inventors at ThinkGeek who bring you a Flux Capacitor USB Car Charger.

Want to live back to the future? If nothing else, think about the pun.

Watch as this sparking gadget primes awaiting an 88 mile per hour blast off into the stratosphere of time and space, or at the least hovering by your girlfriend’s window at night.

What you do with the Flux Capacitor USB Car Charger is entirely up to you. Two female USB ports are ready to be inserted with your tech, and the 2.1 amps means that you have enough juice to charge two tablets at the same time.

Tilt the head to put it where you want.

What could be better than starting a road trip by plugging your iPhones into a lit and firing Flux Capacitor? 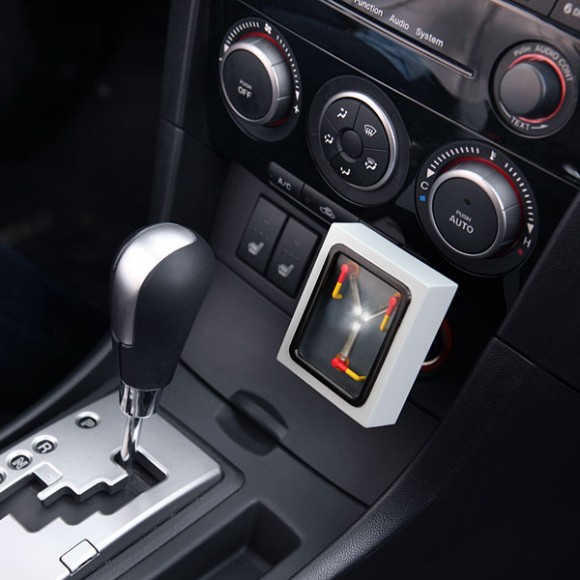 And it’s only twenty-five bucks; I want this NOW but, alas, it won’t be available in September 2014. At least you can pre-order now.

If the Flux cap’s too bright at night, you can also shut it down, but do not expect to travel back to the twenty-first century if you do.