The identity of the retiring Batman is dependent on the infamous and intimidating symbol and mask of the Bat Cowl, and there is no more of a despairing image than seeing Bane throw away the dark knight’s busted piece aside, while Wayne lies with a shattered body. It’s like watching the final defeat of a champion and the people’s ultimate defender.

Only through that defeat and utter failure can the ineffable super hero, and his citizen persona of Bruce Wayne, hope to embrace the possibility of overcoming Gotham City’s greatest threat and retiring his legend for a happy life with feline cat burglar Salina Kyle.

Geek Weekly is astounded by the Limited Edition version of The Dark Knight Rises Blu-ray, and its chilling antecedent to the rise to victory by the final Christopher Nolan-Christian Bale Batman film (that we know of). 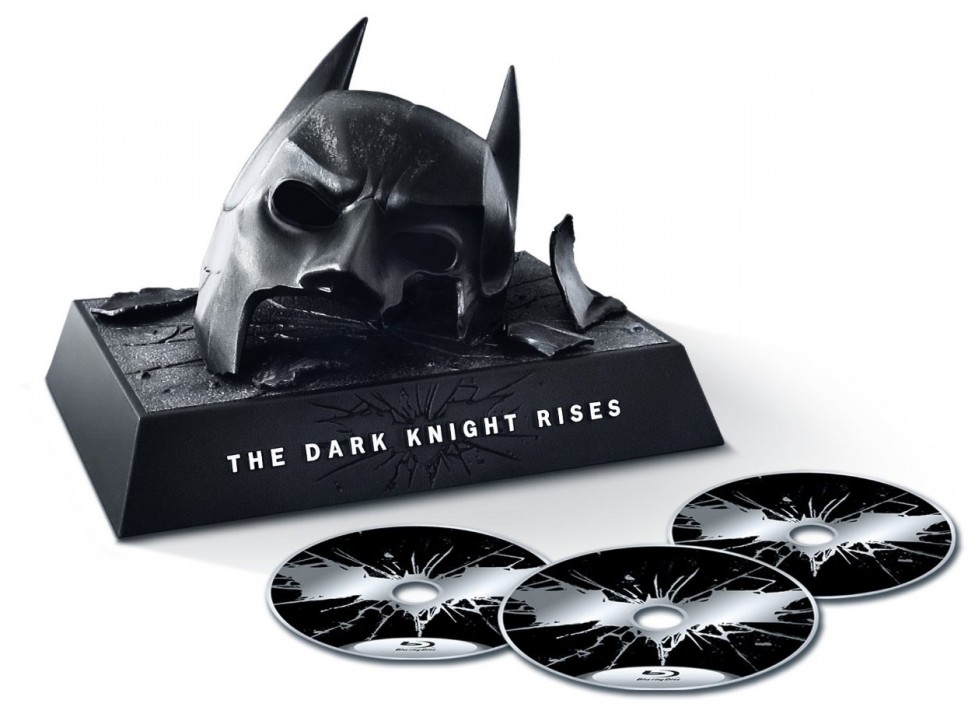 Surely the must have Blu-ray of the holiday season will be this epic finale to The Dark Knight Trilogy, which comes out on December fourth with the special Cowl box retailing for forty bucks. And for just shy of fifty-two bones, the entire trilogy is retailing on Blu-ray, but sans the coolest of the cool broken Bat Cowl.

Details include a Batmobile documentary amongst a dozen-plus featurettes, and an infamous promise for 2013 . . .

Next Year The Dark Knight Trilogy Ultimate Collector’s Edition will arrive, and who knows what exclusives that badass Joker set might encompass. To the Batmobile!

Leave a Reply to Scott