It seems the never featured scientists of the Star Wars Universe have dissected our favorite curvilinear droid BB-8 and brought out another of his secret tools for us all to be able to take advantage of.

Who knew BB-8 had a waffle maker clunking around in there?

This ThinkGeek wonder the BB-8 Waffle Maker BB-ATE is available for pre-order for just $40.

We are talking about 6 3/4″ tall chirping waffles in the exact likeness of our heroic droid from Star Wars The Force Awakens (well maybe the waffles themselves do not chirp – but we will have to test it and see).

Two pounds of aluminum and non-stick cooking plates (that duplicate the BB-8 design on both sides of each delicious waffle) do not mess around with the breakfast delight of all Belgians and Americans and Leslie Knope and my wife and most humans and droids that consume early morning eats. 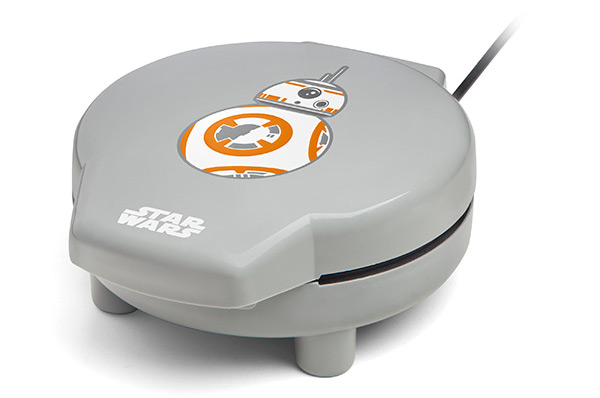 If only Rey knew about the BB-ATE! She would not have been making round loafs of bread, but piping hot waffles created with an indicator light to queue us in on the optimal waffle batter pouring temperature.

In short, The BB-8 Waffle Maker has all the components of a great waffle maker, but BB-ATE makes the perfect waffle in the shape of BB-8.

I am not sure who is going to be happier about the BB-ATE come breakfast time: the kids delighting in chomping on their hero droid, or the parents delighting in the waffles and the dead-on, two-sided likeness. 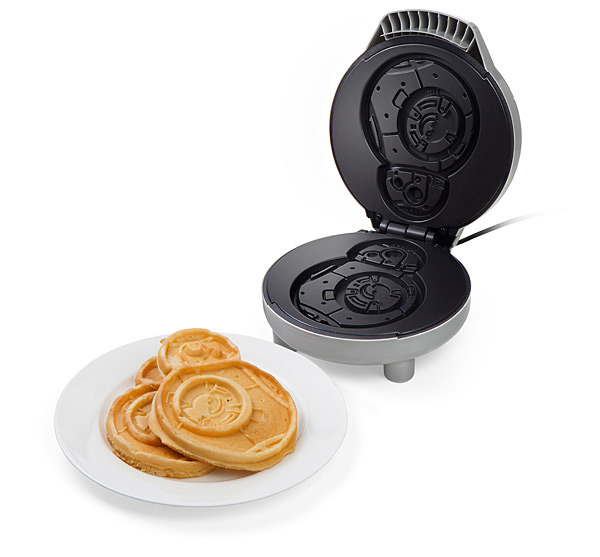 I do not normally recommend eating droids, not even Jawas stoop so low, but a BB-8 Waffle Maker droid, well, that is just plain delicious!