Now I know what you are saying: the Cree LN series of Smart LED lighting fixtures are evidence of moving into an advanced future like that of the Kree Empire’s from the Marvel Universe. 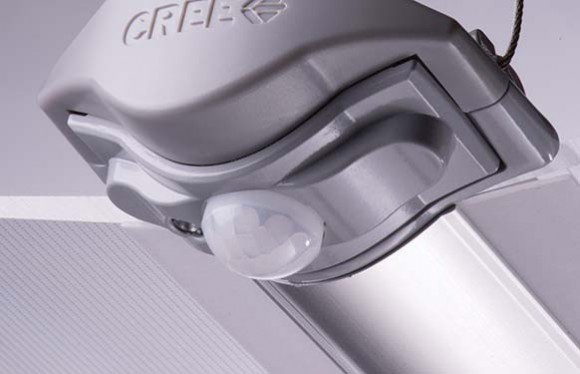 It would be hard to argue that point (except that this ‘Cree’ has nothing to do with Marvel’s ‘Kree’).

The often too dim or painfully bright, harsh light of office fluorescents has remained in the Dark Ages in terms of technological advances up until the Cree LN.

Cree’s suspended LED tubes are similar to fluorescent counterparts but their aesthetic is sleek and eye pleasing in their semi-translucent wing, or spoiler-like, assembly.

One wonders if the designers had been at work at Ferrari before jumping ship to light the world, literally.

Most importantly, however, is the Cree LN series’ ability to generate soft, incandescent bulb-like tones splashed by the wings across the ceiling at an ultra efficient 110 lumens per watt rate that blows away the average of 80 lumens per watt found in a comparable fluorescent tube. 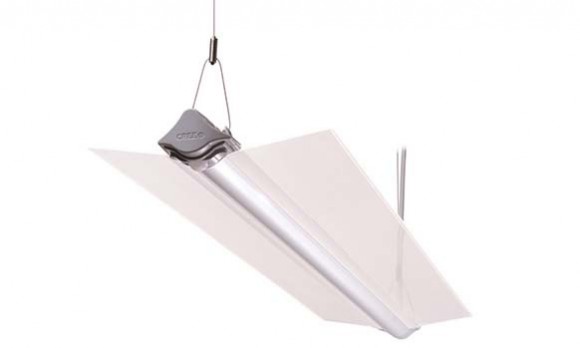 So the light looks better, works better, and costs less to supply with power.

But that is only the starting point, for the Cree engineers are way ahead of their time and give us Smartcast Controller.

This plug and play device for the Cree LN reinvents the smart LED lighting fixture.

SmartCast has a brain that coordinates the lights to dim automatically, based on daylight conditions, or to power off completely when movement is not detected after an amount of time previously programmed in.

With little effort our eyes, wallets, and bosses can all be happily seeing the light (pun intended).